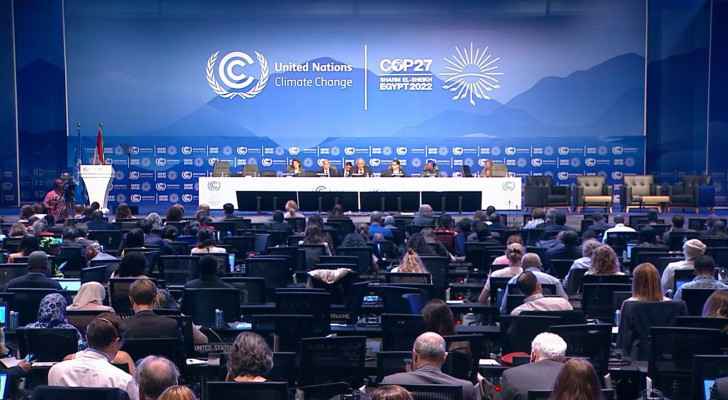 The European Union vowed at UN climate talks on Tuesday that it will strengthen its carbon-cutting commitment, insisting that the bloc was not "backtracking" in the face of the war. AFP reported.

Armed with new plans to curb greenhouse gasses, the EU says it will be able to exceed its original plan to cut emissions by 55 percent by 2030 with a new goal of over 57 percent, from 1990 levels.

He denied the bloc was in a "dash for gas" in response to the military operation in Ukraine by fossil fuel exporter Russia.

"So don't let anybody tell you here or outside that the EU is backtracking," he said.

Campaigners said the EU announcement did not go far enough.

"This small increase announced today at COP27 doesn't do justice to the calls from the most vulnerable countries at the front lines," said Chiara Martinelli, of Climate Action Network Europe.

"If the EU, with a heavy history of emitting greenhouse gasses, doesn't lead on mitigating climate change, who will?"

In October, the European Environment Agency warned that Europe was not on track to meet that target, after greenhouse gas emissions rebounded in 2021 due to the post-pandemic recovery.