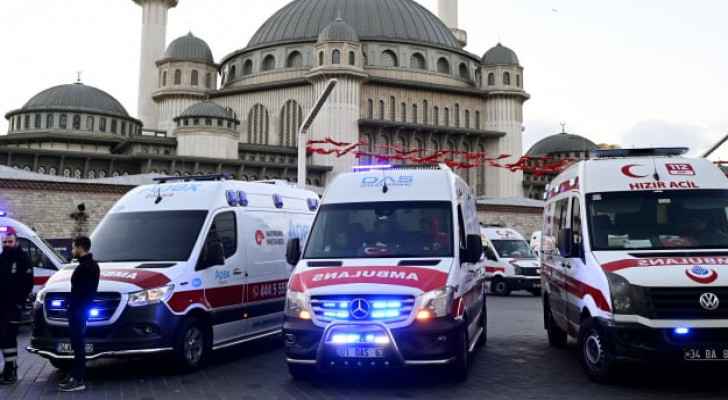 The Ministry of Foreign Affairs and Expatriates expressed its deepest condolences and sympathy to the Republic of Turkey for the victims of the terrorist bombing that took place in the Taksim area of Istanbul earlier Sunday.

The official spokesperson for the ministry, Ambassador Sinan Al-Majali, stressed the Kingdom's strong condemnation of this cowardly terrorist attack.

Majali also expressed his deepest condolences and wished the injured a speedy recovery.

Six people were killed and 53 injured after an explosion occurred in the Taksim area in Istanbul, according to initial reports announced by the Governor of Istanbul.