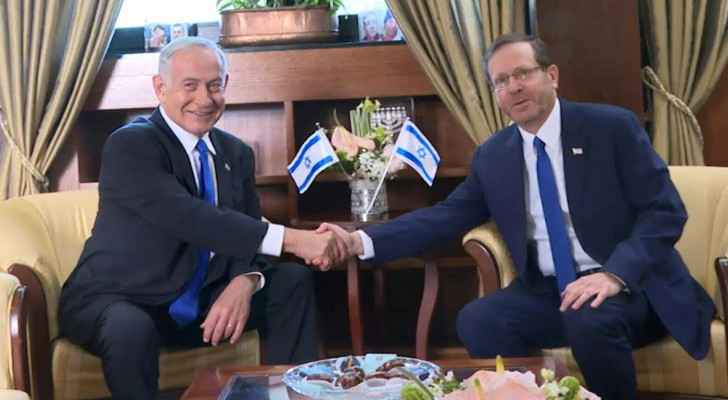 Israeli Occupation's president on Sunday is set to formally designate Benjamin Netanyahu to form a government, a victory for the former veteran prime minister who had vowed to return to power, AFP reported.

After a period of unprecedented political gridlock that forced five elections in less than four years, polls on November 1 gave Netanyahu and his far-right allies a clear majority in the 120-seat parliament.

The result has all but sealed Netanyahu's comeback, paving the way for him to form a government that could be the most right-wing in the country's history.

President Isaac Herzog will formally assign him the task at around midday (1000 GMT), after 64 lawmakers recommended Netanyahu be tapped for the job.

The veteran right-winger, who is on trial over corruption allegations that he denies, will have at least 28 days to build a coalition with his allies.

The 73-year-old Netanyahu is expected to deliver a speech following Herzog's announcement.

His moves over the coming weeks will be closely scrutinized, as unease mounts in some quarters over Netanyahu's policy plans and the goals of his controversial governing partners.

That could include a so-called "override clause," giving parliament the right to overrule the supreme court any time it declares legislation to be illegal.