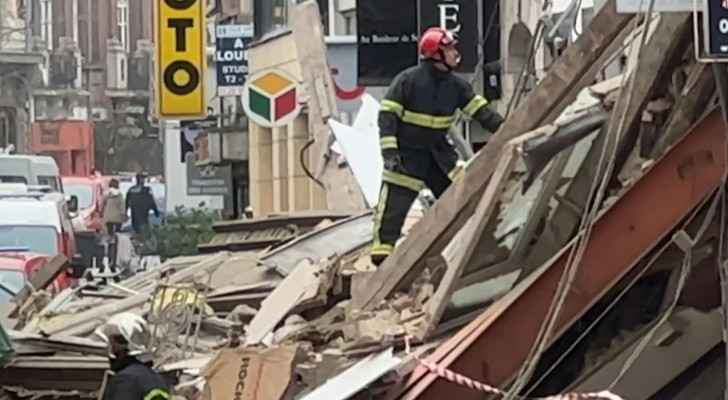 Rescue workers were searching through rubble for a missing doctor after two buildings collapsed in the northern French town of Lille on Saturday.

"We are almost certain that this person is in the rubble," said fire service Lieutenant Colonel Stephane Beauventre, in a message broadcast by the CODIS emergency operations center.

"His phone is not answering, his car is in the car park... and he has not taken his duty rota," he added.

Two small adjoining houses collapsed on Saturday in a shopping street in the city center.

At first the collapses did not appear to have caused any casualties. The homes were evacuated during the night as a precautionary measure following a warning by a resident that one of the walls was "warped", police said.

Officials visited neighboring houses on Saturday to check for cracks or gas leaks following the collapse.

"We heard a noise for a few seconds, very softly at first. We thought it was the scaffolding falling," Ludovic Ficher, 30, who works in an adjoining building, told AFP.

"When we realized that the whole building was collapsing, we all ran out," he added.
"I was scared to death."