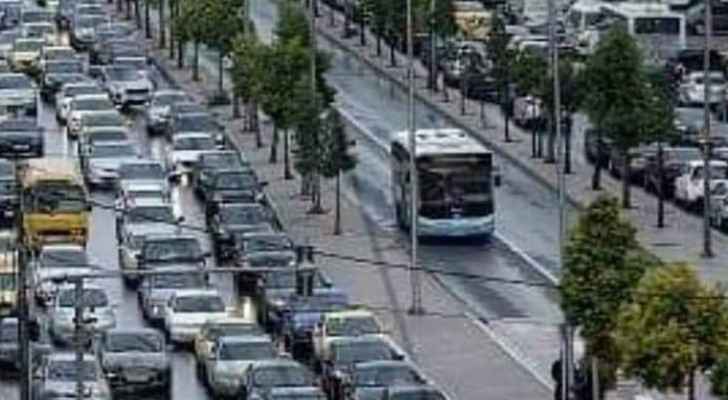 Bus Rapid Transit (BRT) went viral after a picture circulated on social media, in light of the increase of traffic jams in the capital, Amman.

The picture showed one of the buses driving alone in its designated lane while on the two side lanes of the road, traffic jams are intense.

Social media users took to Twitter to criticize the entire BRT Project and how it only increased traffic instead finding a solution for it.

One user wrote that in order for 10 people to arrive where they want to go faster, 10 thousand people will now be late.

Another user said, “95 percent of the people are badly affected by BRT, and only five percent are benefiting from it. Basically, this is what planning and management is like in Jordan.”

Another had a different point of view and said that maybe people will now realize that the reason behind this traffic is the big number of cars and this should make everyone consider using public transport instead of their own cars.