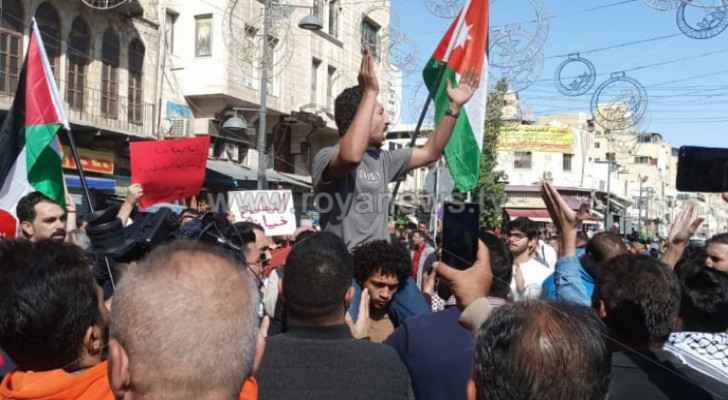 After Friday prayers, in front of the Husseini Mosque in the downtown area of the capital, Amman, a popular march was launched.

This came in rejection of the gas agreement between Jordan and the Israeli Occupation, as well as the newly signed memorandum of understanding to speed up the implementation of the "electricity for water" project.

This MoU was signed in the Egyptian Red Sea resort of Sharm el-Sheikh, on the sidelines of the COP27 climate summit.