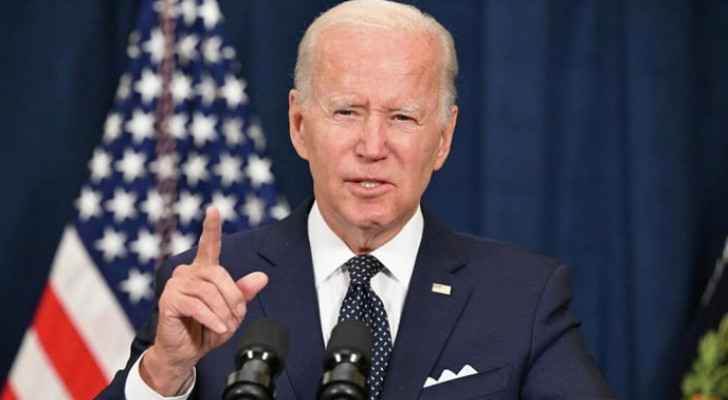 Americans impatiently awaited the final outcome of the US midterm elections on Thursday, as President Joe Biden celebrated what he said was his party's success in fending off a Republican "red wave."

"It didn't happen," the 79-year-old Biden said at a news conference Wednesday in his first speech since the polls closed. "It was a good day, I think, for democracy."

Republicans appeared likely to win the majority in the House of Representatives, but with a much smaller victory than they had hoped for - and that pollsters forecast.

If current predictions hold true, Tuesday's midterm elections could mark the best performance by a sitting president in two decades.

In the Senate, Democrats gained a highly contested seat, captured by John Fetterman in Pennsylvania, seizing it after the most expensive Senate race in US history.

The final makeup of Congress now hung on three Senate seats: Arizona and Nevada, where the counting of votes could take several more days, and Georgia, where a runoff is scheduled for December 6.

Combative and optimistic, Biden did not wait for the final results of the balloting to celebrate, reveling in averting the much bigger setback predicted after Republicans turned the campaign on his failure to handle soaring inflation.

His chief of staff Ron Klain quipped about the public perception of the Biden administration, saying, "Never underestimate how much Team Biden is underestimated."

Later Wednesday, addressing reporters at the White House, Biden reiterated his "intention" to run for a second term in 2024. And promised a final decision "early next year."

Biden also took the opportunity to extend a hand to the Republican opposition, saying he was open to all "good ideas."

It was an opportunity for the president to put on his favorite hat of centrist, fond of compromise, inherited from his long career as a Senator.

Early in the evening Wednesday, Biden reached out to House Minority Leader Kevin McCarthy, who is expected to become the next Speaker of the House should the Republicans retake it, the White House said.

But Biden's appeal for bipartisanship is likely to run into a red Republican wall.

Even with a slim majority in the House, the Republicans would have significant oversight power, and they have promised to use it to launch investigations into Biden and his entourage.

The Republicans are keen to exploit any potential misstep within the Democratic camp with an eye on the 2024 presidential election.

"I will lead the fight to make damn sure my party does not fail," said Marjorie Taylor Greene, a Georgia congresswoman close to Donald Trump, in a statement.

But already sights were being set on 2024 and the next presidential campaign.

Donald Trump, who had bet on a resounding victory of his lieutenants to announce his re-election bid, had to concede on Wednesday that the results of the midterms were "somewhat disappointing."

But, he added on his social media platform, Truth Social, "from my personal standpoint, it was a very big victory."

The 76-year-old former president had promised a "very big announcement" on November 15, apparently seeking to undercut one of his potential rivals for the Republican nomination, Florida Governor Ron DeSantis.

But DeSantis emerged from the midterms fortified.

"We've got so much more to do and I have only begun to fight," the 44-year-old governor promised.

Asked Wednesday about the Trump-DeSantis rivalry, President Joe Biden said: "It'll be fun watching them take on each other."

'America's commitment to Israel is ironclad' says US ....

'America's commitment to Israel is ....

Biden on defensive over classified ....