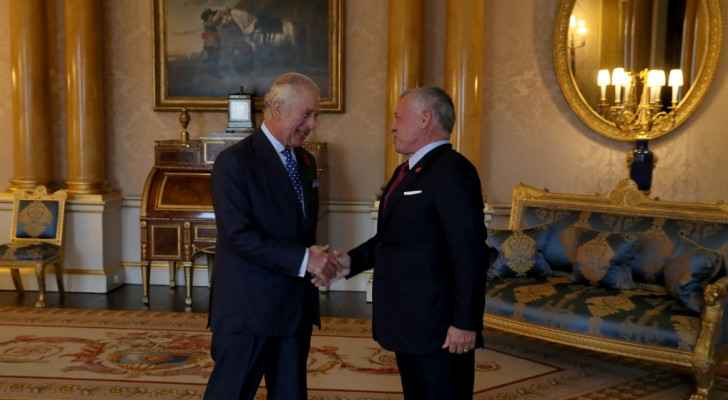 His Majesty King Abdullah met with King Charles III of the United Kingdom in London, at Buckingham Palace, on Thursday.

King Abdullah and King Charles III expressed pride in the deep-rooted ties between the Hashemite Kingdom of Jordan and the United Kingdom.

King Abdullah noted that Jordan looks to further advance relations with the UK, building on the strong ties between the two royal families and peoples.

Discussions covered the importance of bolstering cooperation across all sectors, in service of mutual interests.

The meeting also addressed the latest regional and international developments.

Charles III in historic visit to ....