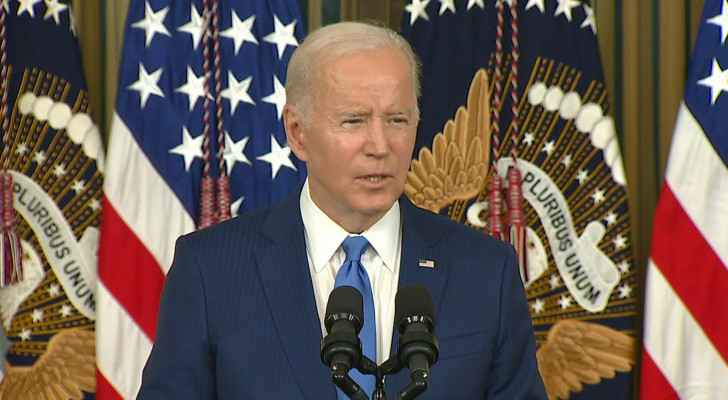 US President Joe Biden on Wednesday hailed a "good day for democracy" after a surprisingly strong performance in midterm elections, with Republicans inching toward a slim majority in only one chamber of Congress.

Biden, while acknowledging voters' frustration, said that an "overwhelming majority" of Americans supported his economic agenda and indicated he was leaning toward seeking a second term in 2024, although he said he would make a decision early next year.

The incumbent party historically loses in midterm elections and Republicans had hoped for a major sweep after hammering Biden over stubbornly high inflation, with many also backing unfounded claims over the legitimacy of his defeat of Donald Trump two years ago.

"While the press and the pundits were predicting a giant red wave, it didn't happen."

It was also an underwhelming night for Donald Trump, who was counting on a big Republican showing to boost another White House run.

"While in certain ways yesterday's election was somewhat disappointing, from my personal standpoint it was a very big victory -- 219 WINS and 16 Losses," Trump said in a reference to candidates he personally endorsed.

In addition to seeing several of his high-profile candidates lose, Trump also saw his main rival for the Republican presidential nomination in 2024, Ron DeSantis, notch up a thumping victory to remain governor of Florida.
Republicans appear to be on track to reclaim the 435-member House for the first time since 2018, but by a mere handful of seats.

"It is clear that we are going to take the House back," said top Republican Kevin McCarthy, who hopes to be the chamber's next speaker and who put on a brave face after his party fell short of picking up the 60 seats he once predicted.

For his part, Biden pointed out in a tweet that -- while the count in some places was still ongoing -- his party "lost fewer seats in the House of Representatives than any Democratic president's first midterm election in at least 40 years."

An election drubbing would have surely raised questions on whether Biden should run again in 2024. But instead he did better than his two Democratic predecessors, Barack Obama or Bill Clinton, who both took a hammering in their first midterms.

Asked about his plans at Wednesday's press conference, Biden said it was still his "intention to run again" -- but that he would decide for sure "early next year."

America's oldest-ever president, who turns 80 this month, Biden hailed the "historic numbers" of young people who voted and pointed to support for the right to abortion, which was rescinded in June by a Supreme Court transformed by Trump appointees.

"They sent a clear and unmistakable message that they want to preserve our democracy and protect the right to choose in this country."

Biden, who served for 36 years in the Senate, also struck a more conciliatory tone with the Republicans, saying he would work with them and that the "vast majority" were "decent, honorable people."

With three key races yet to be called after Tuesday's vote, the Senate remained in play but it was leaning Democratic and control may hinge on a runoff election in the southern state of Georgia in December.

While the night saw wins by more than 100 Republicans embracing Trump's "Big Lie" that Biden stole the 2020 election, several hand-picked acolytes of the former president came up short.

"Many of the candidates he endorsed underperformed and cost their party a chance at picking up seats that should have been winnable," said Jon Rogowski, a political science professor at the University of Chicago.

"Not only did voters reject many of Trump's candidates, but they also rejected his policies," Rogowski said, citing abortion as an example.

In ballot initiatives in five states, voters supported abortion rights in a rejection of the conservative-dominated Supreme Court's ruling in June that overturned a constitutional right to the procedure.

But by Wednesday the only seat to change hands went to the Democrats, with John Fetterman, a champion of progressive economic policies, triumphing in Pennsylvania over Trump-endorsed celebrity doctor Mehmet Oz.

A Republican-held House could still derail Biden's agenda, launching investigations, scuttling his ambitions on climate change and scrutinizing the billions of US dollars to help Ukraine fight Russia.

Wisconsin's incumbent Republican Senator Ron Johnson was declared the winner on Wednesday, but counting the remaining votes in Senate races in Arizona and Nevada could take days.

Georgia is to hold a runoff on December 6 after neither candidate crossed the 50 percent threshold needed for victory in the Senate race there.

'America's commitment to Israel is ironclad' says US ....

'America's commitment to Israel is ....