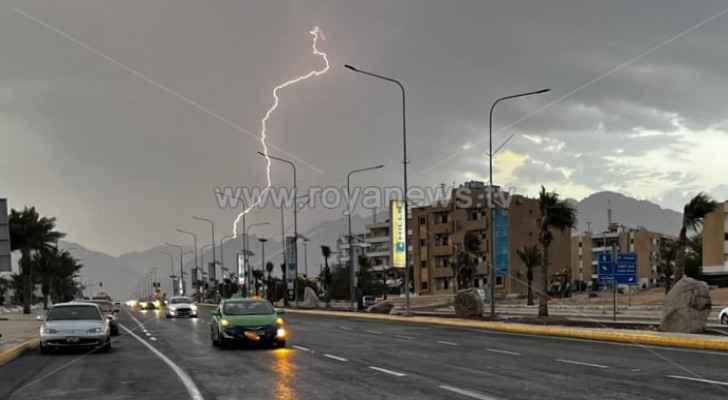 Osama Al-Tarifi, Chief Operating Officer at Arabia Weather, said that the first second-degree air depression for this season began to affect Jordan at dawn on Tuesday.

Tarifi added in an exclusive interview with Roya that rain began to fall in the northern and some central areas of the country, indicating that the rainfall was heavy and was accompanied by hail in some areas.

Al-Tarifi pointed out that Jordan will remain on Tuesday under the influence of this air depression, with chances of rain at intervals,which are expected to be accompanied by thunder at times.

However, he stressed that the rain will not continue throughout Tuesday and Wednesday, as the weather will temporarily stabilize.

Wednesday, the weather remains similar to that on Tuesday, while temperatures on Thursday are expected to remain cool.

Friday and Saturday are expected to witness a rise in temperatures, except for during the early morning hours which will be cold.

Tarifi added that Jordan is expected to be affected early next week by unstable weather conditions, especially in the eastern regions of the Kingdom.