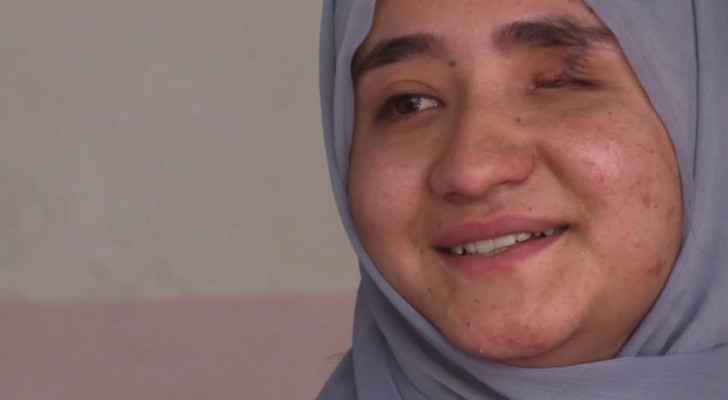 A month after losing her eye in a deadly suicide bomb attack on her academy, a young Hazara woman has finished among the top candidates in Afghanistan's tough university entrance exams.

Results issued over the weekend showed Fatima Amiri scored 313 points out of a possible 360 in the "Kankor", a highly competitive test that more than 100,000 students sat this year to win a coveted university place.

The top student got 355, but anything over 300 puts students in the very highest category.

"I am happy to have succeeded in the field of my choice," said Amiri, who wants to study computer science.

"But I am not satisfied with my score. I was aiming for more," she told AFP Monday.

It was a courageous achievement by the 17-year-old, who was badly injured in the September 30 attack on a private college where dozens of young men and women were cramming for the Kankor.

A suicide bomber entered the hall and walked to the front -- where girls and young women had been segregated -- then detonated a bomb that killed at least 54 people.

Most of those in the hall were from Afghanistan's minority Hazara community, Shiites in a majority Sunni nation.

The community has been a frequent target of attacks by the Islamic State (IS) group -- who consider them heretics -- and Afghanistan's new Taliban rulers said they had killed six IS plotters in a follow-up operation.

But education for girls like Amiri is tough enough even without the threat of IS attacks.
The Taliban have shuttered secondary schools for girls across most of the country, but some private colleges -- like the one Amiri was attending -- remain open.

Amiri was still recovering from her wounds when she sat the exams -- blinded in one eye and deaf in an ear.

"I was happy to be able to take the exam, but my pain did not allow me to be very happy," she said, tears welling.

"The day of the exam I felt the absence of my friends."

When the results were announced, she rushed to the scene of the tragedy to pay tribute to them.

"I went there and told my friends who were martyred that I have succeeded," she said.

"I have to continue my studies for them even if it's hard."
Top students from the Kankor get the choice of the best courses at the leading universities, but Amiri's dream now is the opportunity to study abroad.

"I'm sure that if I study here, the same incident will happen again and I could lose my life," she said.