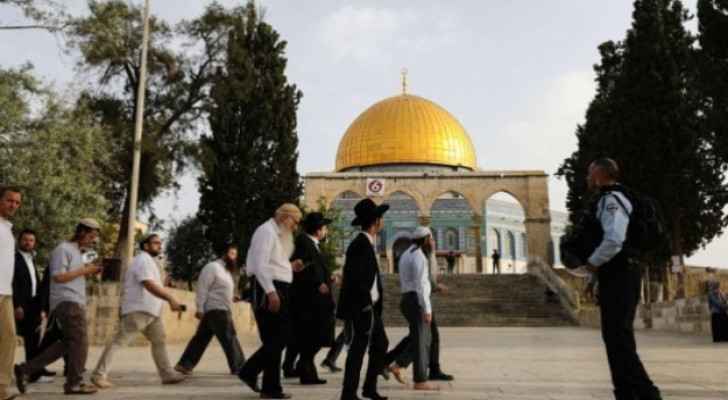 Dozens of settlers stormed, on Sunday morning, the courtyards of the blessed Al-Aqsa Mosque in occupied Jerusalem.

The Jerusalem Islamic Waqf said, in a statement, that several groups of extremist settlers stormed Al-Aqsa from the Mughrabi Gate, carried out provocative tours and Talmudic rituals in its courtyards.

The statement added that this was done under heavy protection from the Israeli Occupation forces.

Settlers storm the courtyards of the Al-Aqsa Mosque on a daily basis, except for Friday and Saturday, in morning and evening shifts, in an attempt to impose a temporal and spatial division in it.