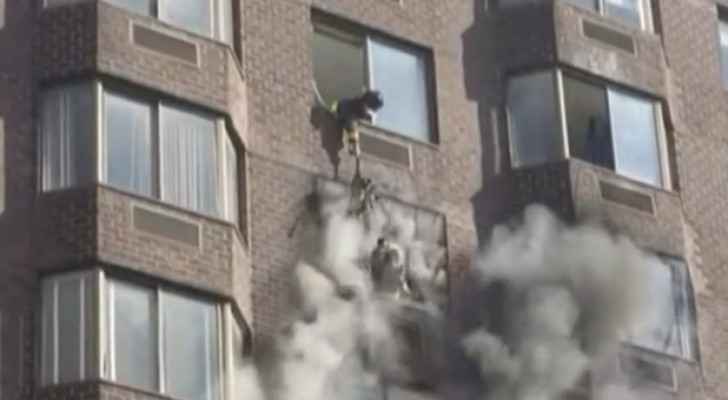 At least 38 people were injured in a fire in a New York City apartment building that may have been caused by a lithium ion battery, officials told US media on Saturday.

Two of the wounded were in critical condition and five were seriously injured after the blaze on East 52nd Street in Manhattan, CNN quoted fire commissioner Laura Kavanagh as saying.

Dan Flynn, chief fire marshal, told CNN it was nearly the 200th fire this year caused by a lithium-ion battery from a micromobility device. Such small, light electric vehicles can include e-bikes and electric scooters.

"We've had six fatalities this year just from these batteries that power micromobility devices," CNN quoted him as saying.

Flynn said authorities believe the occupant of the apartment where the fire likely began had been repairing bikes in the building.