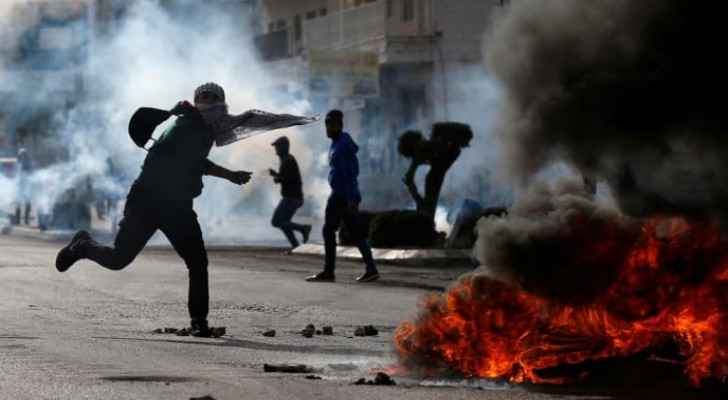 Tuesday, Palestinians suffocated after Israeli Occupation Forces (IOF) suppressed a march that took place to protest the siege at Hawara checkpoint, south of Nablus, according to the Palestinian news agency, Wafa.

The siege has been imposed on the governorate for nearly three weeks.

A member of the Fatah Central Committee, Dalal Salameh, told AFP: "The occupation wants to give the impression that the situation is normal, and that some people leave and enter for humanitarian reasons. But in fact, Nablus is living under a complete siege, and the world should pay attention to this siege. All countries and organizations must pay attention to it."

For his part, Muhammad Hamdan, secretary-general of the Fatah movement in Nablus, said: "This occupation is continuing its siege and strengthening it under false pretexts. It is sending tricky messages claiming that it has eased the siege through some barriers. It aims, through this, to send a message that the battle is over or to lure some resistance fighters. Reality is that the occupation is cementing this siege."