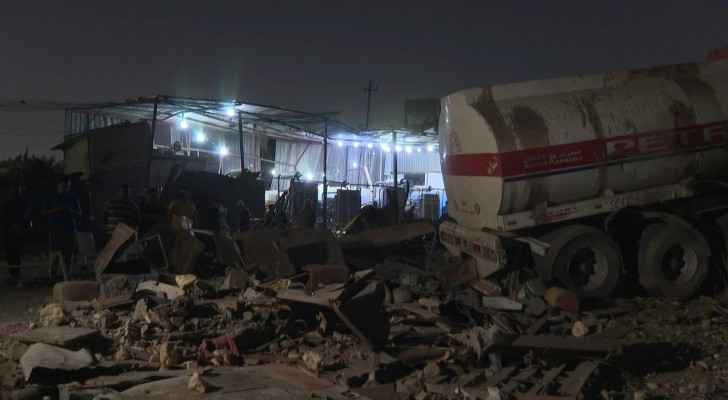 A gas tanker exploded in Baghdad on Saturday night killing at least nine people and injuring 13 others, security forces said, adding that it was an accident.

The explosion, heard across much of Iraq's capital, was in a car park near a football field in a residential area of eastern Baghdad.

"Nine civilians were killed and 13 injured" when the tanker exploded, the commander of security forces in Baghdad, Ahmad Salim, said in a statement.

"The explosion is an accident and not an act of terrorism," he added.

Another medical source had previously told AFP there were "eight dead and 20 injured".

An AFP correspondent said the windows of nearby buildings were blown out and vehicles in the area were damaged.

"We were at home and felt a very strong blast and a smell of gas," local resident Mohammed Aziz, who lives just 100 meters (yards) from the blast site, told AFP.

"It felt like we were suffocating," he added. "Our doors and windows were blown out."

Iraq's recently elected President Abdul Latif Rashid promised there would be an investigation to identify those responsible for the accident.

Safety standards in both the transport and construction sector are frequently flouted in Iraq, and accidents are a common occurrence.

In April 2021, more than 80 people died in a hospital fire in Baghdad, after badly stored oxygen bottles exploded.