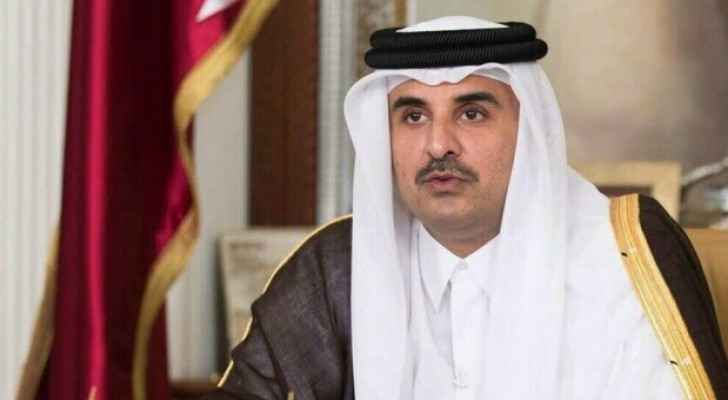 Qatar has been hit by an "unprecedented campaign" of criticism over the football World Cup, its ruler said Tuesday, lashing out at "double standards" in a fierce rebuttal just weeks before the tournament starts, reported AFP.

The country state has spent tens of billions of dollars on hosting the first World Cup on Arab soil, but has faced mounting attacks over its human rights record.

In a rare public airing of frustration, Sheikh Tamim bin Hamad Al-Thani said Qatar was the victim of "fabrications," hinting at hidden motives behind the criticism.

"Since we won the honor of hosting the World Cup, Qatar has been subjected to an unprecedented campaign that no host country has faced," he said in a speech to the country's legislative council, 26 days from the November 20 kick-off.

FIFA awarded the World Cup to an Arab country for the first time after a contentious bidding process in 2010. Qatar has since faced constant scrutiny over its treatment of foreign workers as well as LGBTQ and women's rights.

This week, the government angrily rejected a report by the Human Rights Watch group which said police have arbitrarily detained and abused members of the LGBTQ community ahead of the World Cup.

The emir said Qatar had initially accepted negative commentary "in good faith" and "even considered that some criticism was positive and useful, helping us to develop aspects that need to be developed."

"But it soon became clear to us that the campaign continues, expands and includes fabrications and double standards, until it reached an amount of ferocity that made many wonder, unfortunately, about the real reasons and motives behind this campaign," he said.

The 29-day World Cup is expected to bring more than one million foreign fans to Qatar, a small, gas-rich peninsula of less than three million people.

The emir said the event was a chance for Qatar to show "who we are, not only in terms of the strength of our economy and institutions, but also in terms of our civilisational identity."

"This is a great test for a country the size of Qatar that impresses the whole world with what it has already achieved."

Homosexuality is illegal in Qatar and critics point out that women's rights are restricted by male guardianship laws.

But the Gulf state has faced particular attention over the foreign workers who have built the infrastructure for Qatar's economic miracle.

Foreigners make up more than 2.5 million of the 2.9 million population.

Conditions on construction sites were long condemned by international unions -- ranging from safety standards to hours worked in the searing summer temperatures.

Rights groups including HRW and Amnesty International have insisted that Qatar and FIFA should do more to compensate workers who died or suffered injury on Qatar's mega projects.

They have demanded that FIFA set up a $440 million compensation fund -- equalling the World Cup prize money.

But reforms have been praised by the union leaders who previously fought the government.

After a visit this week, Luca Visentini, secretary general of the European Trade Union Confederation, told AFP that more work needs to be done on implementation of reforms but that Qatar should be seen as "a success story."

"The World Cup was undoubtedly an opportunity to accelerate change and these reforms can constitute a good example to be extended to other countries that host major sports events," he said.

FIFA leader Gianni Infantino has defended Qatar and said the World Cup will be the "best ever, on and off the field."