Image of the motorcycle 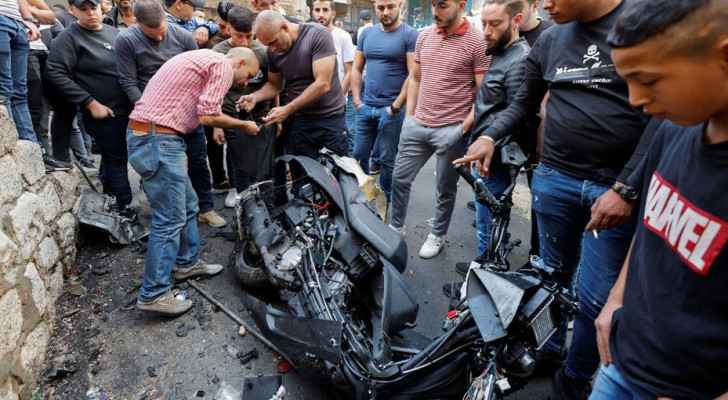 A Palestinian young man, Tamer Al-Kilani, a member of the Lion’s Den group, was killed in a targeted explosion carried out by the Israeli Occupation in Nablus.

Roya’s correspondent said that the explosion occurred at 1:30 am, which caused Kilani to be critically wounded, before he died a few hours later.

The Den of Lions group issued a statement in which they promised the Israeli Occupation a ‘harsh and painful response.’

The group published two videos, one of which shows a person leaving a motorcycle, and in the second footage, the bike explodes as Kilani passes by.

The Palestinian Ministry of Health announced the death of the young Tamer Al-Kilani, at dawn on Sunday, bringing the death toll since the beginning of the year to 177 martyrs, including 51 martyrs in the Gaza Strip.

Palestinian injured during clashes with ....