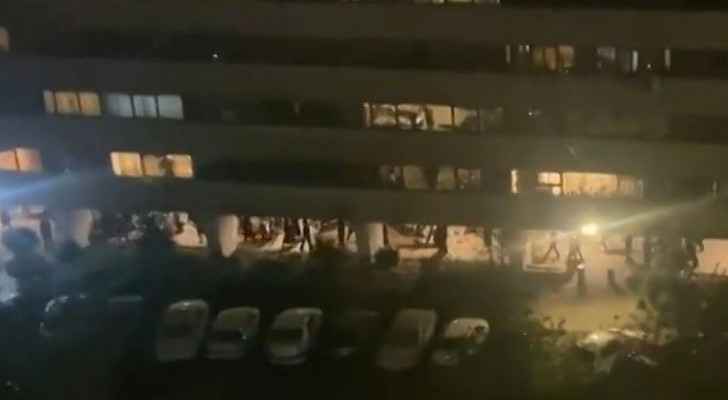 Eight Iranian inmates were killed in a fire that raged through Tehran's notorious Evin prison, the judiciary said Monday, doubling the official toll from the blaze that further stoked tensions one month into protests sparked by the death of Mahsa Amini.

Authorities in the Islamic republic have blamed the fire late Saturday on "riots and clashes" among prisoners, but human rights groups said they doubted the official version of events and also feared the real toll could be even higher.

The judiciary authority's website Mizan Online said Monday that four Evin prison inmates injured in the fire had died in hospital, after reporting the previous day an initial toll of four dead from smoke inhalation.

Gunshots and explosions were heard during the dramatic blaze from inside the complex as flames lit up the night sky and smoke billowed from the building, in video footage posted on social media channels.

The Iranian authorities have accused "thugs" of torching a prison clothing depot and reported clashes between prisoners, and then between inmates and guards who intervened to put an end to the violence.

Hundreds of the protesters arrested in recent weeks have been sent to Evin, infamous for the ill-treatment of political prisoners, which also holds foreign detainees and thousands jailed on criminal charges.

The official IRNA news agency, citing a Tehran prosecutor, said the clashes had "nothing to do with the recent unrest in the country", while Mizan said that all those who died had been convicted of robbery.

But Oslo-based group Iran Human Rights (IHR) said it "rejects" the official account, given the "long history of concealing facts" in the Islamic republic.

It said it had "received reports that special forces were deployed to incite prisoners and set the grounds for a crackdown" and called for a UN-backed international investigation to establish the facts.

Prisoners' relatives and rights groups have voiced grave fears for the inmates and said Iranian security forces had used tear gas inside the correctional facility.