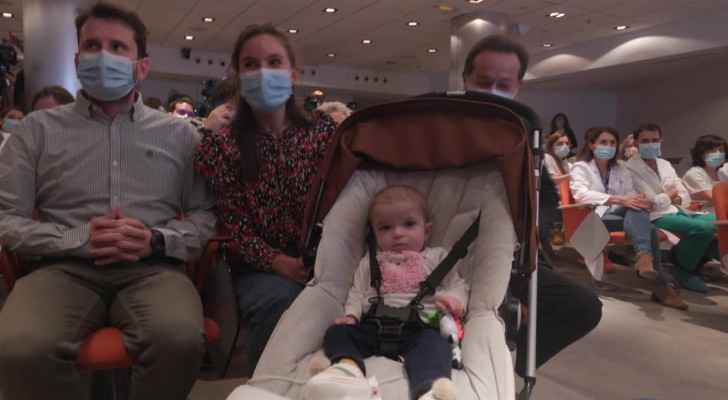 The baby "has already been discharged and is in perfect condition at home with her parents", said the statement from Madrid's La Paz hospital, issued Tuesday.

The baby received the organ via asystolic donation -- from a donor at the end of their life.

This method of donation means "the organ to be transplanted does not deteriorate", said the statement.

The technique had not previously been used for the intestine because it was not thought to be possible for this organ "despite the fact that 30 percent of the candidates die on the waiting list", said the hospital.

"The intestine is a lymphoid organ closely linked to the person's immune system which, under normal conditions, is colonized by multiple germs," the statement added.

This means that the risk of "rejection and the possibility of infection" is higher than in other transplants.

Three years of research and trials by several teams at the hospital were required to establish that such an operation was feasible, it added.

Spain is a world leader in organ transplants, according to figures from the Global Observatory on Donation and Transplantation.

It also accounted for five percent of organ donations in the world in 2021, when it has only 0.6 percent of the world's population.

Mother kills her newborn, hides her dead body inside ....

Mother kills her newborn, hides her ....