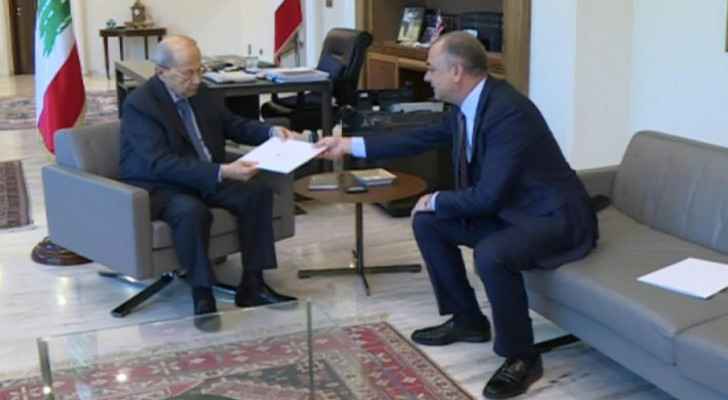 "Lebanon has obtained its full rights, and all of its remarks have been taken into account," said lead negotiator Elias Bou Saab, the deputy speaker of parliament, after handing the draft to President Michel Aoun.

"Today we have come to a solution that satisfies both parties."

The Israeli Occupation had said earlier Tuesday that it was close to a "historic" deal with Lebanon and the US draft met its "demands".

Bou Saab said he hoped an agreement could be signed before Aoun's term of office ends on October 31.

Lebanon and the Israeli Occupation are officially at war and their land border is patrolled by UN peacekeepers.

They reopened negotiations on their maritime border in 2020, but the process was stalled by Lebanon's demand that the map used by the United Nations in the talks be modified.

The negotiations resumed in early June after the Israeli Occupation moved a production vessel near the Karish offshore field.

The US text has not been made public but under terms leaked to the press all of the Karish field would fall under the Israeli Occupation control, while another potential gas field, Qana, would be divided but its exploitation would be under Lebanon's control.

French company TotalEnergies would be licensed to search for gas in the Qana field, and the Israeli Occupation would receive a share of future revenues.

Bou Saab said Lebanon will "get its full rights from the Qana field", and the Israeli Occupation might receive compensation through TotalEnergies. There will be no direct partnership in gas exploration or exploitation between the two enemy states, he said.