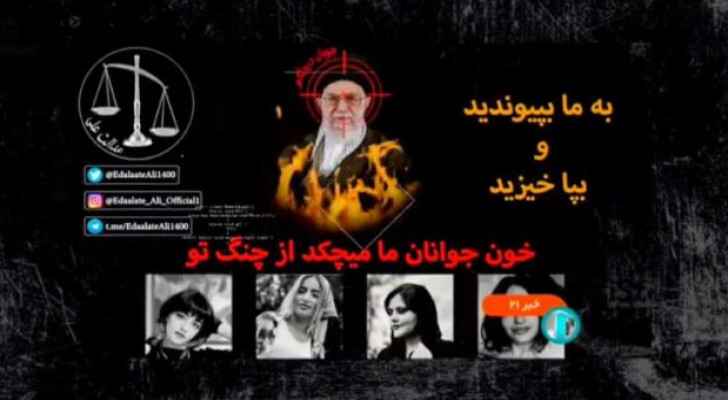 "The blood of our youths is on your hands," read a message on screen in the broadcast that started at 9pm local time Saturday, as protests sparked by the death of Mahsa Amini, 22, again rocked Tehran and other cities.

The hack interrupted footage of Khamenei meeting state officials and was claimed by the Edalat-e Ali (Ali's Justice) hacktivist group, which added a slogan on the top right-hand corner of the screen: "Join us and rise up."

The images beamed to Iranian viewers for a number of seconds also showed black-and-white pictures of Amini and three other women killed in the more than three weeks of unrest and crackdown by state security forces.

Anger flared after the death of Amini on September 16, three days after her arrest in Tehran by the notorious morality police for an alleged breach of the Islamic republic's strict dress code for women.

The hack was widely reported by Persian media and rights groups based outside Iran, who shared the footage on social media.

Inside the Islamic republic, Tasnim news agency confirmed that the evening news broadcast "was hacked for a few moments by anti-revolutionary agents."

In videos posted online, the news anchor is seen shifting uncomfortably in his seat after the clip finishes, with his squirming reaction becoming a widely shared meme on social media, despite recent internet restrictions.

The hackers added a message on screen, urging Khamenei to vacate his Tehran office and flee the country: "It's time to collect your furniture from Pasteur Street and find another place for your family outside Iran."