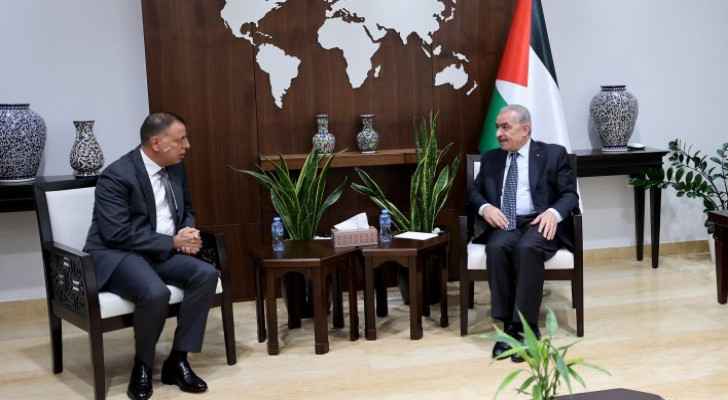 The Palestinian Prime Minister, Muhammad Shtayyeh, said on Saturday that his country is a partner with Jordan in seeking to end the occupation and establish a Palestinian state.

Shtayyeh added, while receiving Interior Minister Mazen Al-Faraya in his office, that his country is also a partner with Jordan in maintaining security and mutual stability for the two countries and the unity of destiny.

Shtayyeh was informed of the daily violations and attacks of the occupation forces and settlers against the Palestinians, and the continuation of daily incursions and attacks on Islamic and Christian holy sites.