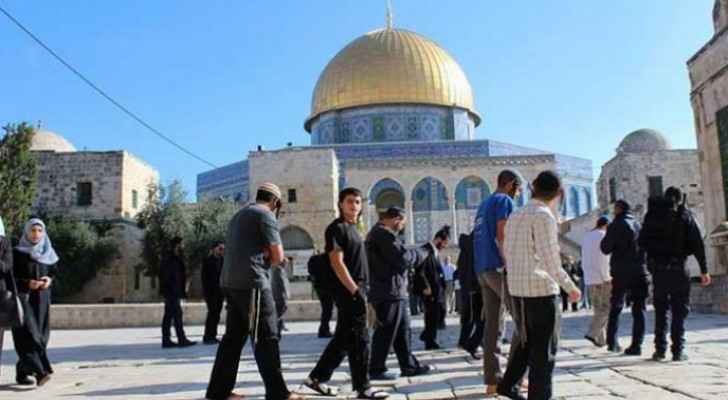 Wednesday, the Israeli Occupation authorities arrested five Palestinians from the courtyards of the Al-Aqsa Mosque.

A young woman was arrested in front of the Lions’ Gate in the mosque, and two other women while they were leaving the mosque, as well as two young men from Al-Aqsa courtyards.

Notably, hundreds of settlers stormed the Al-Aqsa Mosque on Wednesday, while the authorities surrounded the mosque and the Old City.