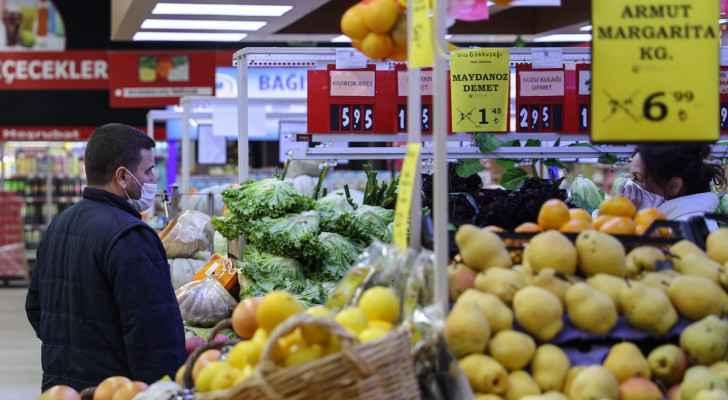 But Erdogan, who has focused on growth ahead of a general election in June, has repeatedly railed against higher rates, calling them his "biggest enemy."

The country's central bank has followed his philosophy, lowering its policy rate to 12 percent from 13 percent last month.

Erdogan has called for more rate cuts at the bank's next policy meeting on October 20, saying last week that it should be cut to single digits by the end of the year.

The TUIK state statistics agency said Monday that consumer prices rose by 83.45 percent in September on an annual basis, up from 80.2 percent in August.

Inflation began to rise worldwide after economies emerged from COVID lockdowns but it worsened this year as Russia's military operation on Ukraine sent energy and food prices through the roof.

"We are going through a period in which the global economic crisis, deepened by energy and commodity price increases triggered by the pandemic and war, has deeply affected all economies," Erdogan said in a televised address on Monday.

"We will build the century of Turkey together, hopefully by overcoming the inflation issue," Erdogan said.

In parallel to red-hot prices, Turkey has endured a currency crisis, with the Turkish lira hitting a new record low of 18.56 against the dollar following the latest inflation reading.

September inflation was fuelled by transportation prices rising by 117.66 percent, food up more than 90 percent and housing prices climbing by more than 80 percent.

Hakan Kara, the former chief economist of the Turkish central bank, said on Twitter that the country has now experienced its sharpest inflation surge since World War II.

He said "breaking the record" was inevitable given the government's unorthodox policies.

"We think inflation will rise a bit further but with President Erdogan calling for further easing the central bank is likely to deliver another interest rate cut this month," he wrote in a note to clients.

Erdogan prioritises growth and exports over price stability, promising that prices will only start falling in January.

High inflation is one of the pressing issues Erdogan's ruling party needs to tackle as the crisis has seen its approval ratings drop to historic lows in the run up to next year's election.

Opposition leaders and many Turks no longer give credit to official government data.

A respected monthly study released by independent economists from Turkey's ENAG research institute also showed prices soaring -- at a much higher rate than the one reported by the state statistics agency.

UK must focus on growth as well as inflation: Business ....

UK must focus on growth as well as inflation: ....

UK must focus on growth as well as inflation: ....