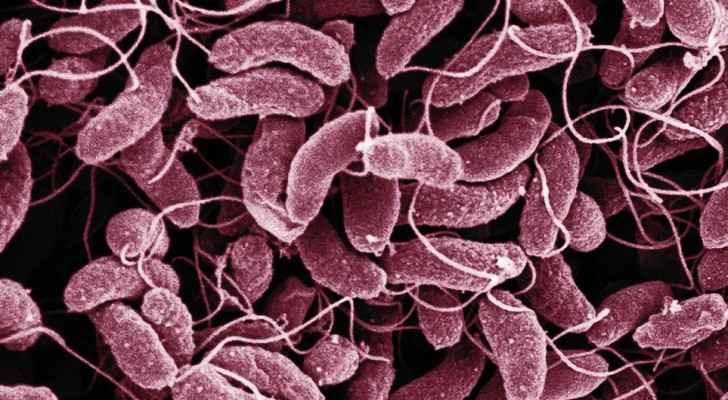 Sunday, Secretary-General of the Ministry of Health for Primary Health Care and Epidemiology Affairs, Raed Shboul, denied rumors which said that a cholera case had been recorded in Mafraq.

Shboul said in an exclusive statement to Roya, that a girl had returned to Jordan from Syria. She was feeling unwell.

Authorities conducted a cholera test and it came back negative, according to Shboul.

The girl is in good condition and is not suffering from any cholera symptoms.

Last week, the former Minister of Health, Dr. Saad Al-Kharabsheh, said that the last recorded case of cholera in Jordan was about 40 years ago. This came after the disease’s outbreak in Syria.

He told Roya that the death rate is zero or more precisely, “less than one percent,” adding that he does not think the disease poses a threat to Jordan.

He added that the symptoms of cholera are very mild, and the disease is no longer dangerous due to the availability of treatment as well as solutions that limit its spread.

Cholera is only transmitted in places with bad sanitation, Kharabsheh said, adding that all health organizations did not recommend stopping trade or travel between countries because of cholera, but there is a protocol related to health control of all imports and exports, whether food or other.

For his part, the Regional Director of the World Health Organization, Ahmed Al-Manzari, confirmed that cholera is considered a threat to Syria, neighboring countries, and the world at large.

He pointed out that WHO is working to strengthen its monitoring of new cases, give patients the appropriate treatment, and track the infected and their contacts.

Notably, the Ministry of Health posted a Facebook post in which they gave important tips to avoid infection with infectious diseases, especially cholera.

The post said that cholera is a disease caused by bacteria that are transmitted from one person to another due to consumption of contaminated food, drink, or water, calling on citizens to maintain personal and general hygiene, to wash hands with soap and water, especially after using the toilet, and to wash vegetables and fruits well before eating them, in addition to eating well-cooked food and refraining from buying from street vendors.

Cholera’s symptoms include severe and frequent diarrhea, nausea, and vomiting. The ministry called on those who suffer from these symptoms to visit the hospital to avoid severe dehydration or death.