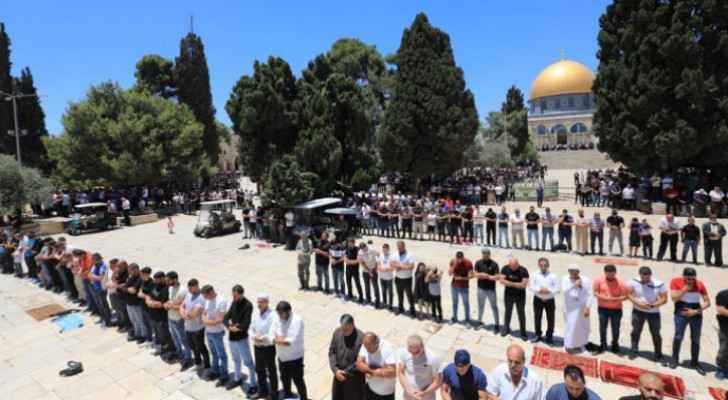 Tens of thousands of Palestinians performed Friday prayers in the blessed Al-Aqsa Mosque, despite the restrictions imposed by the Israeli Occupation forces (IOF) on Palestinians there.

The IOF stormed the Marwani prayer hall, checked the worshippers’ IDs, and gave dozens of parking tickets to the worshipers in the Bab Al-Asbat area. The forces were also heavily deployed in the vicinity of Al-Aqsa Mosque as well as stationed at its gates.

Restrictions were imposed on visitors to the mosque, and paramedics were prevented from bringing first aid kits.