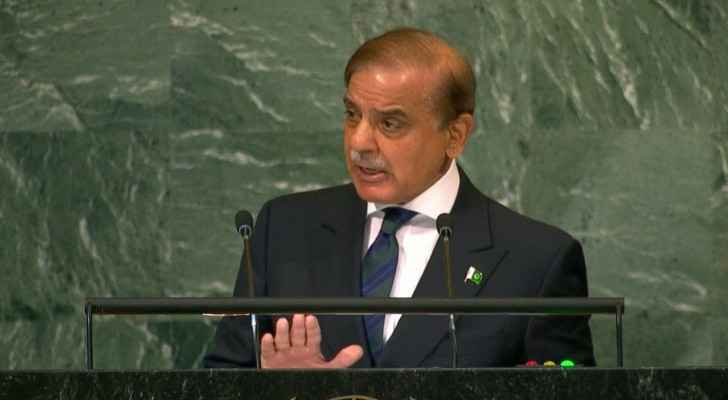 Pakistan Prime Minister Shehbaz Sharif warned the United Nations on Friday that climate disasters will not remain confined to his country, in the wake of floods that have devastated the South Asian giant.

"What happened in Pakistan will not stay in Pakistan," he said in his first address to the General Assembly, adding that life had "changed forever."

Sharif drew attention to the injustice inherent in the crisis, with his country at "ground zero" of climate change but responsible for less than one percent of carbon emissions.

"Why are my people paying the price of such high global warming through no fault of their own? Nature has unleashed her fury on Pakistan without looking at our carbon footprint, which is next to nothing," he said.

"It is therefore entirely reasonable to expect some approximation of justice for this loss and damage, not to mention building back better with resilience," he said, adding his voice to growing calls among developing countries for financial compensation from rich polluters.

Pakistan has been lashed by unprecedented monsoon downpours flooding a third of the country -- an area the size of the United Kingdom -- and killing nearly 1,600 people, according to the latest government figures.

More than seven million people have been displaced, many living in makeshift tents without protection from mosquitoes, and often with little access to clean drinking water or washing facilities.