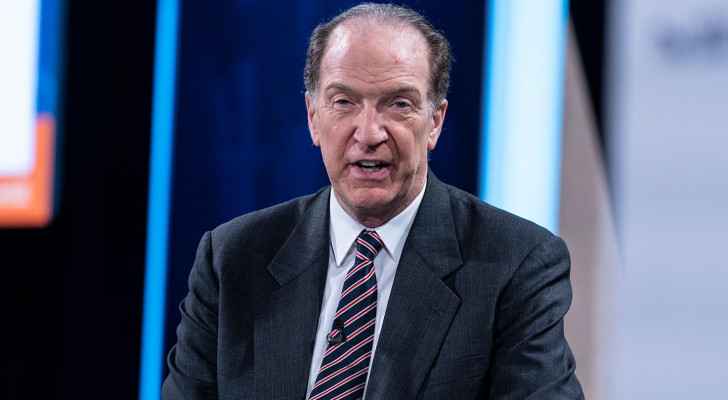 World Bank President David Malpass announced Friday that he has no intention of stepping down, after being accused of skepticism about climate change after he avoided answering questions centered on the role of emissions in causing global warming.

"I will not resign (...) and I have not thought [about it]," Malpass said in an interview with the news website Politico, when asked about the possibility of his resignation after the criticism raised by his comments during a conference on climate finance.

He stressed that none of the member states of the World Bank had asked him to step down.

Climate activists had earlier called for Malpass to be fired, saying his approach to the climate crisis was inappropriate, and criticism of him increased after his appearance at the conference organized by the New York Times this week.

Pressed to respond to former US Vice President Al Gore's claim that he is skeptical of climate change, Malpass has repeatedly refused to say whether he believes human-caused emissions are warming the planet, replying, "I'm not a scientist."

Amid a wave of criticism, Malpass sought to clarify his position and reiterated it Friday.

He said in an interview with "Politico", "It is clear that greenhouse gas emissions increase and cause climate change (...) so the task for us and for the world is to find projects and financing that has an actual impact."

He had also confirmed the day before in an interview with CNN that emissions "come from anthropogenic sources that include fossil fuels, methane, agricultural uses and industrial uses."

He continued, "I am not skeptical," adding that he is not "always good at conveying" what he means.

The president of the World Bank is usually American, while the head of the International Monetary Fund is European.

Malpass is a veteran of Republican presidents in the United States, and was appointed in 2019 as head of the World Bank under former President Donald Trump, who has long denied the causes of climate change.

Jordan’s economy expected to grow by ....