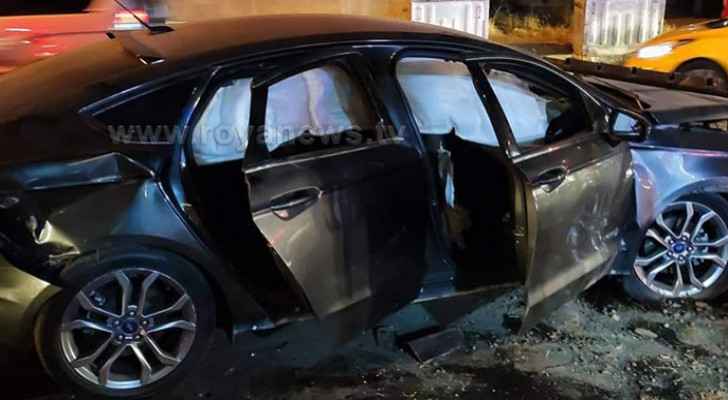 Thursday, seven people were injured in a three-vehicle collision in Marj Al-Hamam in Amman, according to Roya’s reporter.

All three were rushed to the hospital and their conditions were described as moderate.

Roya’s reporter pointed out that the collision caused a stifling traffic jam at Naour Bridge near the Airport Road.