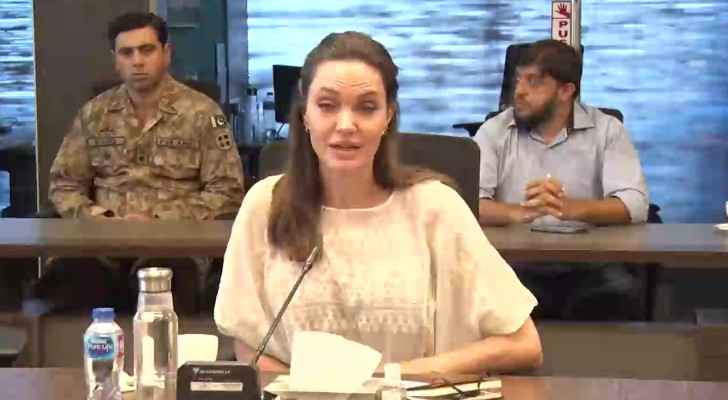 Hollywood star and humanitarian Angelina Jolie has said the flood disaster in Pakistan should be a "wake-up call" for the world regarding climate change, calling for more international aid after meeting with victims.

Pakistan has been lashed by unprecedented monsoon downpours that flooded a third of the country -- an area the size of the United Kingdom -- and killed nearly 1,600 people, according to the latest government figures.

More than seven million people have been displaced, many living in makeshift tents without protection from mosquitoes, and often with little access to clean drinking water or washing facilities.

"I've never seen anything like this," said Jolie, who previously visited Pakistan to meet the victims of the devastating 2010 floods and a deadly 2005 earthquake, in footage released on Thursday.

"I am absolutely with you in pushing the international community to do more... I think this is a real wake-up call to the world about where we are at," she told a meeting of civil and military officials in the capital Islamabad.

"Climate change is not only real and it's not only coming, it's very much here."

Jolie, who represents the United Nations High Commissioner for Refugees (UNHCR), visited southern Sindh province, one of the worst-affected areas, where she met with displaced flood victims living in camps.

The United Nations has warned of a "second disaster" from diseases such as dengue, malaria, cholera and diarrhea, as well as from malnutrition.

"I have been speaking to people and thinking that if enough aid doesn't come, they won't be here in the next few weeks, they won't make it," said Jolie.

Scientists have linked the record-breaking monsoon rains to climate change.