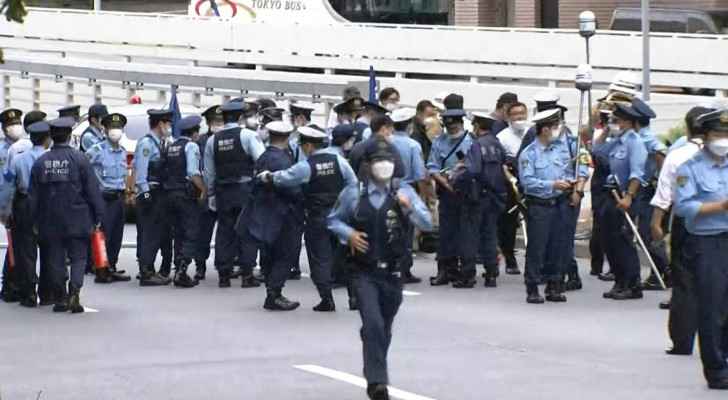 A man set himself on fire near the Japanese prime minister's office on Wednesday after expressing opposition to a state funeral for assassinated ex-premier Shinzo Abe, local media said.

Police declined to confirm the incident, but the government said an individual with burns had been found near government property.

"We are aware that a man with burns was found by a police officer at 7:00 am (2200GMT) this morning at an intersection below the cabinet office," top government spokesman Hirokazu Matsuno said.

"But details are currently being examined by police," he added, declining to answer further questions on the incident.

TV Asahi said the man set himself alight after telling police he was opposed to the planned ceremony for Abe, which is scheduled for next week.

The television station said a police officer who tried to extinguish the fire was injured in the process.

Kyodo news agency and other outlets said police were called to the scene after reports a man was "engulfed in flames".

The agency said a note was found near the man, expressing his opposition to the funeral.

An AFP reporter at the site several hours later saw a scorched patch of grass and bush, with police and media nearby.

Abe, Japan's longest-serving prime minister, was shot dead on July 8 while campaigning, and a publicly funded state funeral honoring him will be held on September 27.

But state funerals are rare in Japan, and the decision has been controversial. Recent polls show more than half of the public is opposed to the idea.

Abe was Japan's best-known politician, and remained a prominent public figure after resigning for health reasons in 2020.

He was campaigning for ruling-party candidates in upper-house elections in the Nara region, when he was shot by a man who allegedly believed the former leader had ties to the Unification Church.

Former Japan PM Abe mourned at wake as US hails 'man of ....