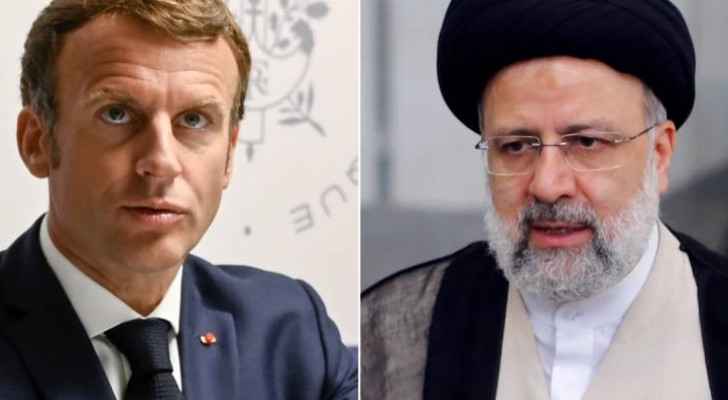 France's foreign minister called Monday on Iran to accept a proposal to revive a nuclear deal, warning that it will not get anything better, reported AFP.

At the start of the annual UN General Assembly in New York, Foreign Minister Catherine Colonna did not rule out that President Emmanuel Macron would meet his counterpart Ebrahim Raisi.

"We'll see what this week brings," she told reporters. "The window of opportunity seems ready to close again."

"We are repeatedly saying... there is no better offer for Iran," she said. "It's up to them to make a decision."

Raisi, in an interview with CBS News' "60 Minutes," said he was open to a "good" deal but pressed for guarantees from President Joe Biden that the United States will not again leave the accord under a future leader -- a promise that the US administration considers impossible.

Former president Donald Trump pulled out of the 2015 deal under which Iran drastically scaled back nuclear work in return for promises of sanctions relief.

The Biden administration says the deal remains the best way to restrict Iran's nuclear program but has been increasingly pessimistic that Tehran will agree to a compromise negotiated by European Union mediators.

She said she urged him to allow a security zone around the Zaporizhzhia nuclear plant in Ukraine, whose occupation by Moscow has raised mounting concerns.

Colonna also plans meetings with her counterparts from China, India and Australia, whose relationship with France was badly strained last year when it canceled a major submarine deal in favor of US nuclear models.

Iran accuses US of 'hypocrisy' over Amini protests

Iran accuses US of 'hypocrisy' over Amini ....

Iran accuses US of 'hypocrisy' over Amini ....

Iran accuses US of 'hypocrisy' over ....