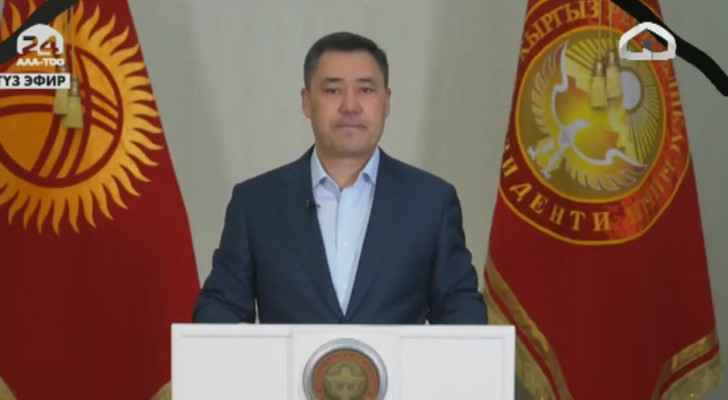 The worst violence the two ex-Soviet countries have seen in years broke out last week on their contested border, raising fears of a large-scale conflict.

Clashes regularly erupt between the two Central Asian neighbors, as around half of their 970-kilometer (600-mile) border is still to be demarcated.

"For the moment, the deadly shooting at the border has stopped," President Sadyr Japarov said in an address during a national day of mourning on Monday.

He also urged his people to ignore "provocative statements" online that aim "to cool the relations of our hospitable people with other countries cooperating with us".

The appeal appears to be an effort to prevent any internal unrest in the country that has seen three revolutions since 2005, the last of which in 2020 brought Japarov to power.

"We ask our people to keep calm and support the initiatives of the authorities and the armed forces through their unity," he added.

He also assured the country had sufficient funds to equip the army and finance the reconstruction of houses destroyed in the clashes.

"Today our army is in a different state... This is evidenced by the fact that those who invaded our land have received their punishment," Japarov said.