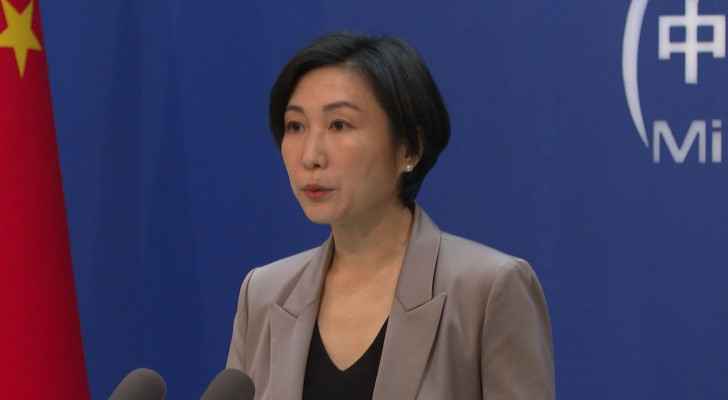 "The US remarks... severely violate the important commitment the US made not to support Taiwan independence, and send a seriously erroneous signal to Taiwanese separatist independence forces," foreign ministry spokesperson Mao Ning said at a regular press briefing.

In an interview, Biden was asked whether US troops would defend Taiwan, and replied "yes", if it were "an unprecedented attack".

Washington cut formal diplomatic relations with Taiwan in 1979, switching recognition to Beijing as the sole representative of China. But at the same time, the United States maintained a decisive, if delicate, role in supporting Taiwan.

"We are willing to make the biggest sincere efforts to strive for the prospect of peaceful reunification," Mao said Monday.

"At the same time, we will never tolerate any activities aimed at splitting the country, and reserve the choice to take all necessary measures."

Tensions between China and the US are already higher than usual in the wake of a rare visit to Taiwan by Nancy Pelosi, a key Biden ally and speaker of the House of Representatives.

Last week, a US Senate committee took the first step towards directly providing billions of dollars in military aid to Taiwan and making ties more official.

"We urge the US side to fully recognize the extreme importance and high sensitivity of the Taiwan question... (and) earnestly implement the commitment made by US leaders not to support Taiwanese independence," Mao added.

Taiwan capital lights up in solidarity with Turkey's quake ....

Taiwan capital lights up in solidarity ....

Beijing Marathon back after two-year absence but ....

Beijing Marathon back after two-year absence but ....

Beijing Marathon back after two-year absence ....

Beijing Marathon back after two-year ....