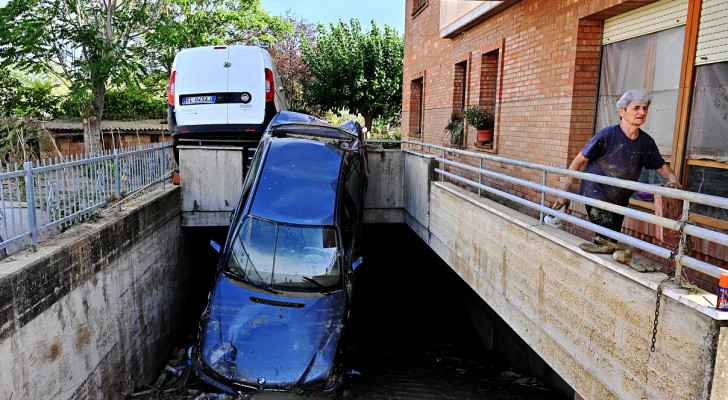 The toll from storms that drenched Italy and sparked major flooding in the centre of the country has risen to 11, with two people still missing, authorities said on Saturday.

The storms hit on Thursday evening, with more than 400 millimetres (16 inches) of rain falling in some places in just a few hours.

"Searches are ongoing for the two missing," said a statement from police in Ancona. Local press reports said the two were an eight-year-old child and a 56-year-old woman.

Across the area around Ancona, the port capital of the central eastern Marche region, streets were turned into rivers, cars swept into piles by the floodwaters, furniture washed out of homes and thick mud left everywhere.

More rain was expected in the area on Saturday, with authorities urging people to stay at home.

"Leave the ground floors of your homes and take shelter in the upper floors," the mayor of Senigallia, Massimo Olivetti, said.

The deadly storms hit just days before the September 25 general elections in the country.

Italy has been hit by severe drought this year, followed by violent end-of-summer storms, and many have drawn the link with climate change -- a subject which had taken a back seat during the election campaign.

The baking heat has in recent weeks been followed by storms, the water flooding land rendered hard as concrete.