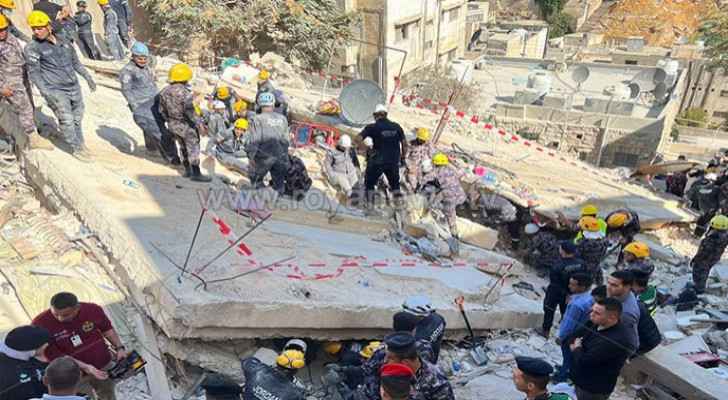 For the fourth consecutive day, the Public Security Directorate rescue teams continue their search for people trapped underneath the rubble of the collapsed building in the Al-Weibdeh area in Amman.

The collapse, which occurred on Tuesday, Sep. 13, killed 12 people and injured 10 others.

Amid great anticipation and fear, the families of the last two people who are still underneath the rubble are impatiently waiting for their family members to be rescued after almost four days under the rubble, as the teams continue to work tirelessly.

One of those trapped is in the upper part and three in the lower part as they lived in a stand-alone house adjacent to the collapsed building.

Those expected to be pulled out are a woman in her sixties, her son, a one-year-old granddaughter, and another young man.

Al-Weibdeh collapsed building destroys house next to it, ....