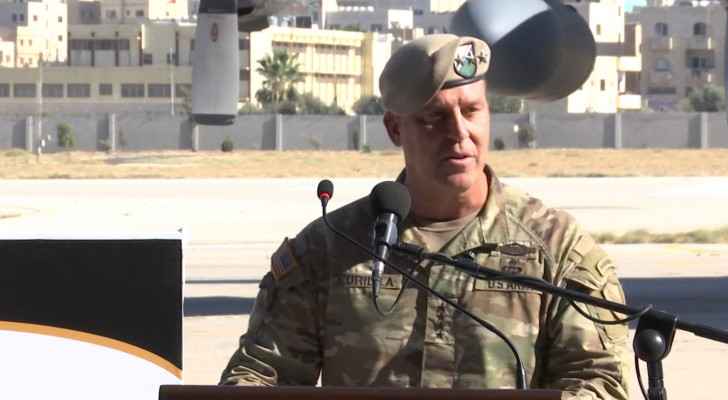 General Michael E. Kurilla of the US Army held a press conference at the Royal Jordanian Air Force Monday in which he discussed the 10th iteration of the Eager Lion exercise which is held in Jordan with the participation of 27 countries.

The 27 countries exchange military expertise in a drill that will continue until Sep. 15 in a series of exercises that occur on training fields affiliated with the Jordanian Armed Forces.

Question: This year’s round of exercises is more involved with counter-terrorism, has the strategic approach changed since Daesh’s influence was massively diminished?

Answer: To your point, Ro’a, Daesh has been massively diminished; CENTCOM has taken out a lot of key leaders. However, the group remains a serious threat to the region. It’s vile ideology lives on. So, the strategic approach has not changed significantly.

As your question identifies, Ro’a, Eager Lion 22 focused on defending against terror groups. We operate in the epicenter for terrorism and terror groups. So, we must remain vigilant and we must train to defeat these groups.

Exercises like Eager Lion must train our forces for the counterterror fight. Our partnered forces must be able to operate in unfamiliar environments, maximizing our collective strengths and building trust.

In Jordan, we have a significant effort to counter terrorist groups through assistance. Since 1987, the US antiterrorism assistance program has provided advanced law enforcement and counterterror training to more than 7,300 Jordanian law enforcement officials. These programs include training in tactical operations, cyber crimes, explosive detection, violent crimes, investigative techniques, tactical medicine, and forensics.

Question: How were the 27 countries chosen for involvement in the exercise? Are there any issues with the countries that were not?

There are no issues with countries that were not invited.

We seek to expand the base of participating militaries every iteration. We will continue to do so in 2024. I anticipate we will see more countries and a different set of capabilities in 2024.

For us, this kind of training builds the relationships we’ll need in a crisis. Eager Lion enhances our partnerships, sustains interoperability, and advances our capabilities so we are able to respond quickly when the region is threatened.

We are committed to our partnerships in the Middle East. They remain ironclad.