Bangladesh Embassy meets with its university graduates in Amman

Bangladesh Embassy meets with its university graduates in Amman 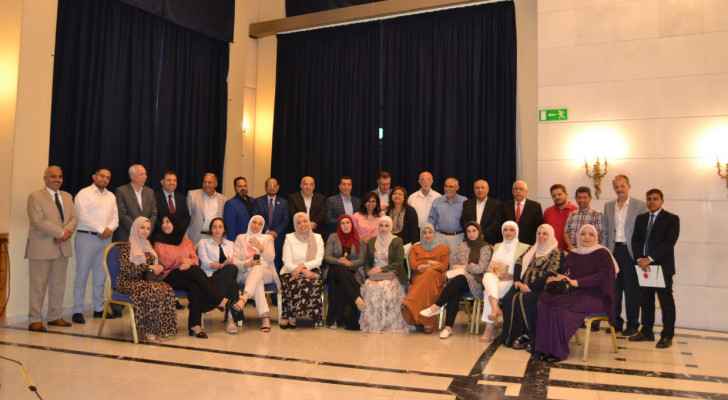 At a five-star hotel in Amman, a reception dinner was organized in honor of Palestinian and Jordanian doctors who have completed MBBS and other higher education from different universities of Bangladesh on different occasions at the initiative of Bangladesh Embassy.

Ambassador Nahida Sobhan welcomed everyone at the beginning of the event and the Honorable Foreign Minister sent a video message on the occasion in which he congratulated everyone present and mentioned that the Bangladesh government regularly provides opportunities for Palestinian students to study in different universities/medical colleges of Bangladesh every year to attain higher education in the field of education. He said that Palestinian and Jordanian citizens who have completed higher education from Bangladesh including MBBS and other subjects are goodwill ambassadors of Bangladesh. He, also, expressed hope that these goodwill ambassadors will show the image of developed Bangladesh in other countries of the world including Jordan.

Additionally, Bangladesh Ambassador Mrs Nahida Sobhan welcomed everyone and said that Bangladesh has a historical relationship with Palestine and Jordan adding that both countries have carved their own place in the world court despite their meager resources and limited management, as well as increasing their mutual cooperation, she said.
She added that the government of Bangladesh has always been on the side of Jordan on the Palestine issue. As part of the cooperation, every year the Government of Bangladesh is providing scholarships for students from sister countries to study in universities of Bangladesh for higher education including MBBS and other subjects.

She said that it is a matter of great pride that many medical professionals in Jordan today have completed their MBBS from Bangladesh. She also said that Bangladesh today is considered as a "role model" of development in various fields including education, health, agriculture, information, technology, women's empowerment etc. Bangladesh's garment export sector is at the second position in the world economy. Bangladesh is now self-sufficient in food and fish production. Since 2010, 8 million people have been lifted out of poverty. Due to the success of agriculture in Bangladesh, even during the Covid period, Bangladesh 5.24 GDP has been achieved. She urged all those who have completed education from Bangladesh to present the real image of Bangladesh to the world.

The Jordanian professionals who completed their higher education from Bangladesh who participated in the event reminisced about their happy memories during their stay in Bangladesh. They said that it is a rare privilege for them to see Bangladesh closely. Experiencing the abundance of life and hospitality of the people of Bangladesh is a memorable memory for them. The speakers expressed their gratitude for being named as Goodwill Ambassadors by the Foreign Minister and thanked the Embassy for such an initiative.

A video on the development and culture of Bangladesh was shown on the occasion. It should be noted that this is the first time that such a reception program has been organized for Palestinian and Jordanian doctors who have completed higher education from the Bangladesh Embassy.