Guterres on floods in Pakistan: 'I have never seen a climate disaster of this magnitude'

Guterres on floods in Pakistan: 'I have never seen a climate disaster of this magnitude' 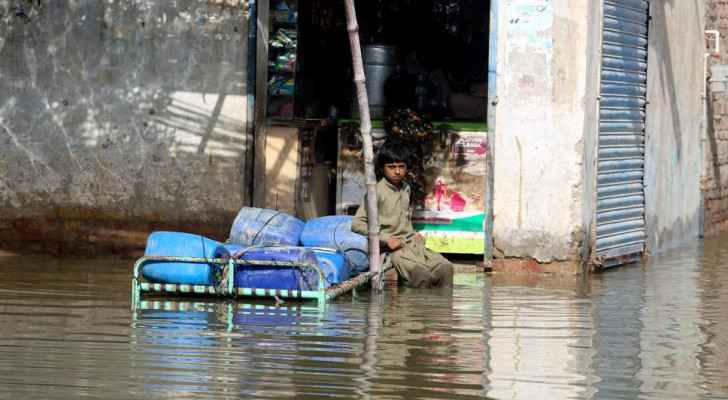 UN Secretary-General Antonio Guterres said Saturday that he had never seen a "climate disaster" on the scale of the devastation caused by floods in Pakistan.

"I have seen many humanitarian disasters in the world, but I have never seen a climate catastrophe of this magnitude," Guterres said during a press conference in Karachi after inspecting the flooded areas in southern Pakistan.

Since June, about 1,400 people have died in floods caused by heavy rains.

The flood waters inundated a third of Pakistan 's area, and led to the destruction of homes, businesses, roads, bridges and agricultural crops.

The Pakistani government estimates the needs at least ten billion dollars to repair or rebuild damaged or destroyed infrastructure, an amount that Pakistan cannot raise alone at a time when it faces huge debt burdens.

But before planning to rebuild, the priority is to secure food and shelter for the more than 33 million people displaced by the floods.

Guterres expressed his hope that his visit would encourage the international community to increase its mobilization to help Pakistan. He stressed that Pakistan had previously shown generosity by receiving millions of Afghan refugees who fled to its lands to escape the war in their country.

The rainy season, which usually lasts from June to September, is essential for the irrigation of crops and the regeneration of water resources in the Indian subcontinent. But Pakistan has not seen rain this heavy for at least three decades.

"It is madness, it is a collective suicide," the Secretary-General of the United Nations said at a press conference in the Pakistani capital, deploring the indifference of the world's countries, especially the most industrially developed, to climate warming.