Cost of rebuilding Ukraine estimated at at least $350 billion 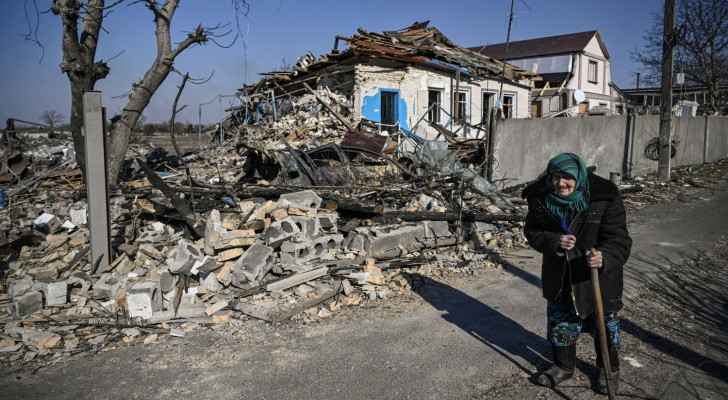 The cost of rebuilding Ukraine and reviving its economy will amount to about 350 billion dollars if the conflict between it and Russia stops today, according to a joint statement of the Ukrainian government, the European Commission and the World Bank, published Friday.

This is the first full assessment of the state of the Ukrainian economy and the damage caused by the conflict since the start of the Russian invasion of the country in February, and allows "financial needs to be identified and a roadmap for reconstruction," according to the statement.

The cost is one and a half times greater than the gross domestic product of Ukraine recorded in 2021, and it is assumed that about a third, or $105 billion, will be allocated to meet the most urgent needs in the next three years.

This cost includes the damage caused by the battles to infrastructure and residential and industrial facilities, especially in the east and south of the country, which is estimated at $97 billion.

Shmihal pointed out that the first phase of reconstruction cost $17 billion, of which $3.4 billion must be provided this year.

According to the World Bank's Vice President for Europe and Central Asia, Anna Byrdie, these estimates allow "to prioritize recovery so that at the same time we can continue to support the operation of essential services," particularly health, education, and social care.

Ukraine needs five billion dollars a month to ensure its economic cycle continues amid the ongoing war on its territory, its Finance Minister Sergei Marchenko announced in May.

International efforts by the G7 countries and the European Union have raised $39 billion.

Wednesday, European Commission President Ursula von der Leyen proposed that the European Union provide financial assistance of five billion dollars out of the nine billion allocated by the bloc for this purpose.

Syria affirms its support for Russia at UN General ....

Syria affirms its support for Russia at ....