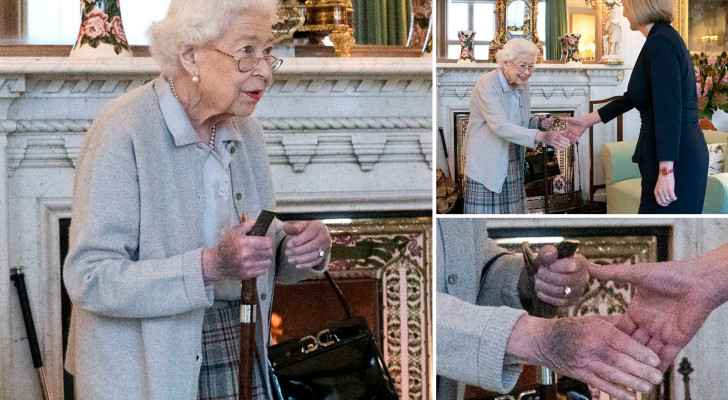 Thursday, after Buckingham Palace made a public announcement saying that Queen Elizabeth II’s doctors are concerned for her health, a recent image of the Queen went viral in which she appeared to have bruises on her hand.

The image was taken in her most recent public appearance at Balmoral Castle as she was photographed appointing Liz Truss as the country’s prime minister.

“Following further evaluation this morning, The Queen's doctors are concerned for Her Majesty's health and have recommended she remain under medical supervision,” a statement from Buckingham Palace released at lunchtime in Britain on Thursday said. “The Queen remains comfortable and at Balmoral.”

Earlier Thursday, Queen Elizabeth II's doctors reported that they are "concerned" for her health and recommended she "remain under medical supervision", Buckingham Palace announced.

The 96-year-old monarch has been dogged by health problems since October last year that left her with difficulties walking and standing.

"The Queen remains comfortable at Balmoral," her Scottish Highland retreat, the palace added in a statement.