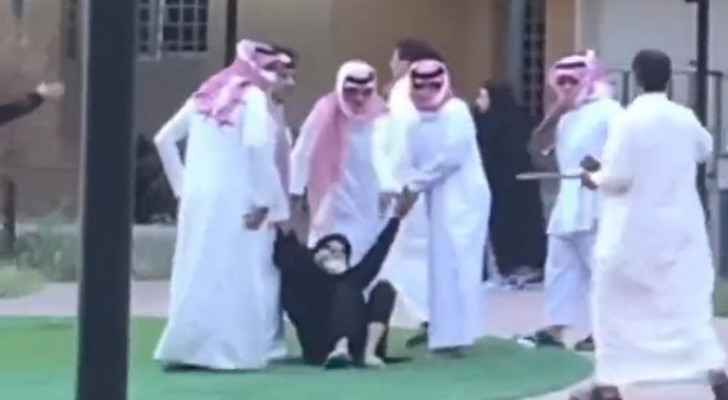 Videos taken in Saudi Arabia went viral on social media sparking a wave of anger after someone recorded men attacking and beating up girls in an orphanage.

Many social media users demanded those involved be held accountable, as the videos showed security men and civilians storming an orphanage in the Khamis Mushait governorate in the Asir region on Aug. 30.

According to video clips and photos, the girls were assaulted inside the orphans' home, in addition to being beaten with wooden sticks and electric lightning rods. Some phones were taken as well, while other girls were arrested, reports said.

No official explanation was published as to what was the reason behind the assault and intrusion, but some social media users said that the girls had gone on a hunger strike demanding their living conditions be improved.

However, their demands were rejected by the home’s administration, which asked the security forces to intervene to break the strike.

Another account said that the director of the orphanage was deliberately hiding job opportunities and donations that were to be sent to the girls, which prompted them to demand them, which caused the administration of the home to request the police’s intervention.

On Aug. 30, one of the girls who lived in the orphanage published the video writing that she edited and shortened the clips, hoping that those responsible would be punished for what they did.

The clips of the attack went viral on social media in Saudi Arabia, causing a wave of anger and controversy.