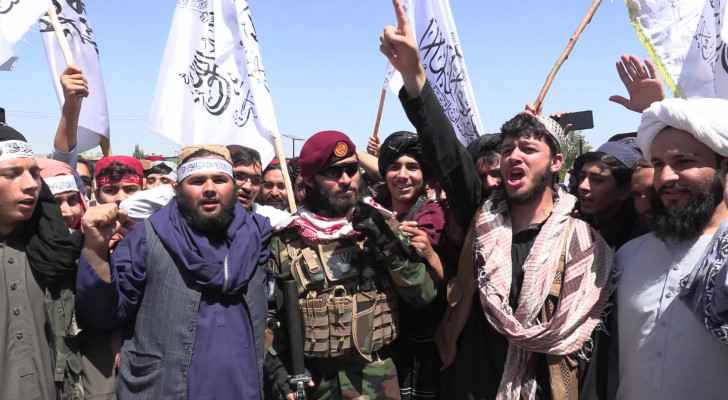 The Taliban celebrated Wednesday the first anniversary of the withdrawal of US-led troops from Afghanistan with victory chants and a military parade showcasing equipment left behind by foreign forces.

Afghanistan's new rulers -- not formally recognised by any other nation -- have reimposed their harsh version of Islamic law on the impoverished country, with women squeezed out of public life.

But despite the restrictions, and a deepening humanitarian crisis, many Afghans say they are glad the foreign forces that prompted the Taliban insurgency left after a brutal 20-year war.

"We are happy that Allah got rid of the infidels from our country, and the Islamic Emirate has been established," said Zalmai, a resident of Kabul.

In a separate statement, the government said the day marked "the country's freedom from American occupation".

"So many mujhahideen have been wounded (over the years), so many children became orphans and so many women become widows."

The authorities held an official celebration including a military parade at Bagram Airbase, the nerve centre of US forces during the war.

Minutes later, dozens of military vehicles including humvees and artillery tanks, seized in the war or left behind by US forces during their chaotic withdrawal, were paraded.

Foreign media outlets were not given access to the event.

Afghan girls sit leaving exams despite no school for a ....