Israeli Occupation leaves 25 injured during withdrawal from area in Nablus

Israeli Occupation leaves 25 injured during withdrawal from area in Nablus 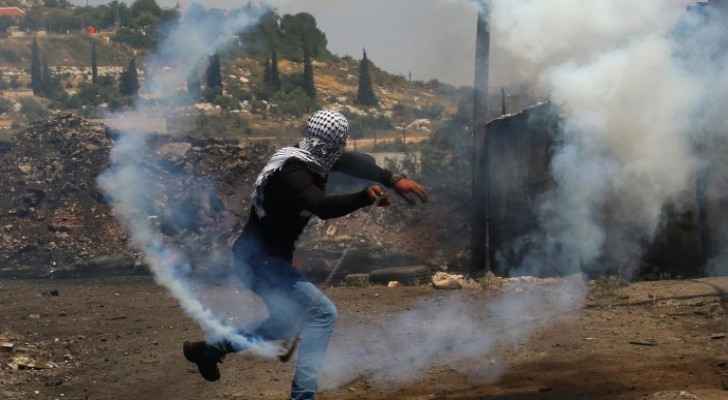 Tuesday, a total of 25 Palestinians were wounded with live and rubber-coated metal bullets, while dozens others suffocated, during clashes with the Israeli Occupation forces.

This came as the forces surrounded a house in the village of Rojib, east of Nablus, and arrested two young men.

Palestinian news agency, Wafa, reported that the forces surrounded and shelled a house belonging to the Sawalhi family in the western neighborhood of the village.

The agency said that the two young men surrendered after a father of one of them, using loudspeakers, was forced to tell them to do so otherwise the Israeli Occupation forces would demolish the house.

The clashes erupted as the forces withdrew from the area, Wafa added.

Officials in the Palestinian Red Crescent said that four Palestinians were wounded by live bullets, three others by shrapnel, and another by a gas bomb to the chest.

Additionally, 13 others were wounded by bullet shrapnel, five by rubber-coated metal bullets, four by falling, and 20 others by suffocation with tear gas. They immediately received the necessary treatment.

It was also reported that the forces prevented medical staff from reaching the site of the house, which was surrounded for three hours, and they also prevented the Red Crescent team from leaving the area which put their lives in danger.