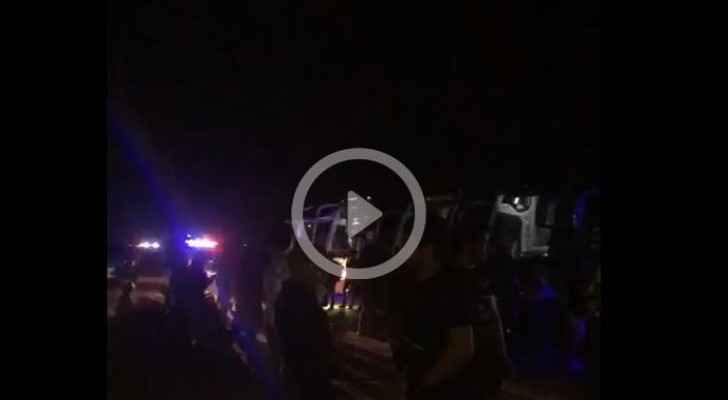 Thursday, a tourist group of over 500 people in Wadi Rum complained to Roya about an event planning company in Jordan.

The company had planned an overnight trip to Wadi Rum, selling over 1000 tickets, the prices of which ranged between JD 90-200.

During the DJ party, the power went off because of the wind and the camping staff told the group that there were no reservations for them, which caused members of the group to try and contact the organizers, however they were unable to reach them.

Security services arrived at the place, and asked those who attended the party to go with them for testimonies.

Roya’s reporter quoted sources saying that a large number of citizens came to the place in more than 10 buses, in addition to those who drove their own vehicles.

The sources added that the “organizers of the festival fled the place,” pointing out that a state of chaos prevailed in the place after the power cut, and the difficulty of communicating with the party organizers.