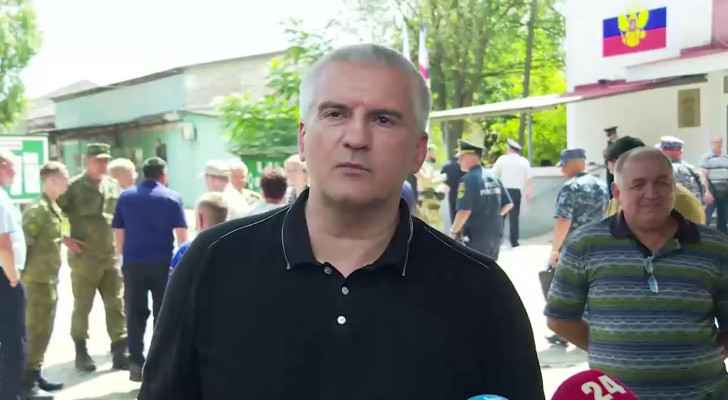 Russia said Tuesday that massive explosions at a military facility on the Crimean peninsula that also damaged electrical power infrastructure were the result of “sabotage,” AFP reported.

Russian President Vladimir Putin meanwhile said the United States was trying to drag out the conflict, accusing Washington of putting Ukrainians in the firing line and supplying Kyiv with heavy weapons.

Huge fireballs erupted at the site in Crimea early on Tuesday where ammunition was temporarily being stored and clouds of black smoke billowed into the air, images posted on social media showed.

"As a result of an act of sabotage, a military storage facility near the village of Dzhankoy was damaged," the defense ministry said in a statement carried by Russian news agencies.

The blasts -- caused by a fire that led ammunition to detonate -- damaged civilian infrastructure, "including power lines, a power plant, a railway track" and residential buildings, the ministry said.

The explosions come one week after at least one person was killed and several more were wounded in similar explosions at a Russian military airbase in Crimea.

Ukraine has not directly claimed responsibility for either of the incidents in Crimea, but senior officials and the military have implied Ukrainian involvement.