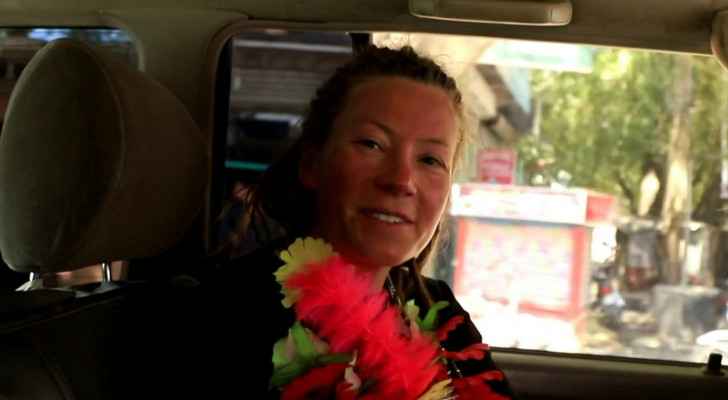 Nepali Nirmal Purja holds the record for climbing the world's 8,000 meter-plus (26,000 feet) mountains -- six months and six days -- but Harila now has until early November to complete her quest and beat his time.

"The second phase in Pakistan was very challenging and dangerous: ever-changing weather conditions, being hit by a rock, illness and a very tight schedule," read a message on Harila's Instagram page.

"But here we are with only three peaks left."

Five of the 14 super peaks are in Pakistan -- including K2, the world's second highest mountain -- and the country has enjoyed a record-breaking climbing season this year.

Sajid Hussain, head of the tourism department in Gilgit Baltistan, told AFP they had issued about 1,780 permits for the top peaks.

"It has boosted our tourism and has increased our foreign exchange," he said.

Only around 40 people in history have summited all 14 of the super peaks, but none have come close to Purja's 2019 expedition.

He demolished the previous record for accomplishing the feat with supplemental oxygen, set by Poland's Jerzy Kukuczka in the 1980s at seven years, 11 months and 14 days.

In an interview with AFP earlier this year, 36-year-old Harila said she was inspired to show women were as capable as men of achieving great mountaineering feats.

"In history and until now, it has been the strong macho men going out climbing mountains," she said.

"When I talk to people that are not in this sport, they believe that men are more capable than women... If we are going to change, we need to get attention and show that women are just as capable."

Norwegian climber sets her sights on 14 ....