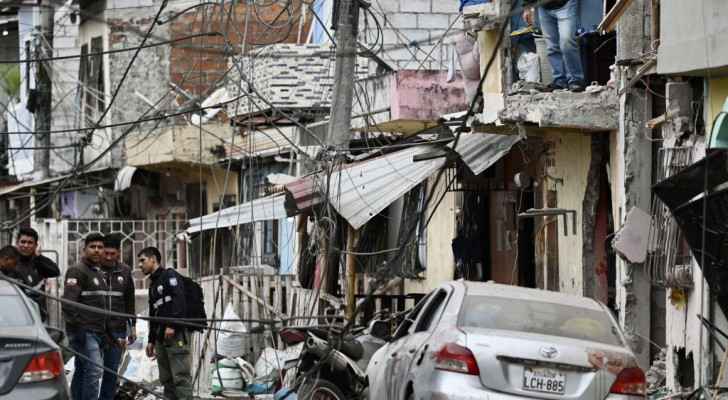 Five people died and 16 were injured in an explosion Sunday in the Ecuadoran port city of Guayaquil in an attack the government blamed on organized crime, officials said.

"It is a declaration of war against the state," Carrillo added on Twitter.

Eight houses and two cars were destroyed in the blast in Guayaquil, the country's second largest city, according to the Secretariat for Risk Management.

Few other details were immediately available.

Located between Colombia and Peru, the world's two largest cocaine producers, Ecuador is facing a drug-fueled crime wave that has produced scenes of horror, including decapitated bodies hanging from bridges.

Tensions between rival drug gangs have reached into Ecuador's prisons, where clashes and massacres have claimed at least 400 lives since February 2021.

"Either we confront it (organized crime) together, or society will pay an even higher price," Carrillo said.

Ecuador in 2020 accounted for 6.5 percent of all the cocaine seized in the world, according to the latest United Nations figures.