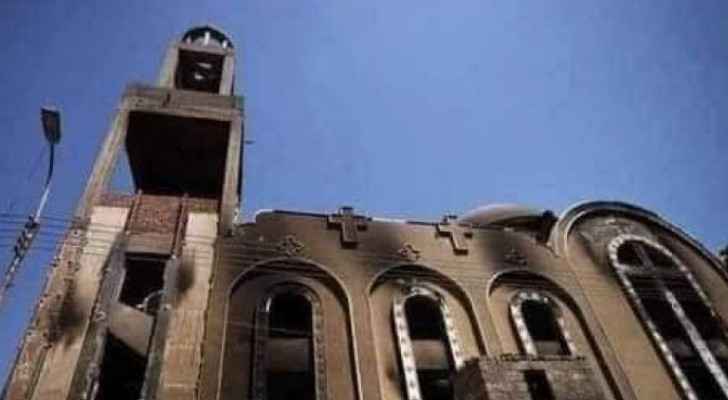 For his part, President Abdel Fattah el-Sissi spoke by phone with the Coptic Christian Pope Tawadros II to offer his condolences.

The President also wrote on Twitter that he is closely following up on the developments of the tragic accident in the church.

He added that he directed all relevant state agencies and institutions to immediately take all necessary measures to deal with this incident.

“I offer my sincere condolences to the families of the innocent victims,” he said.