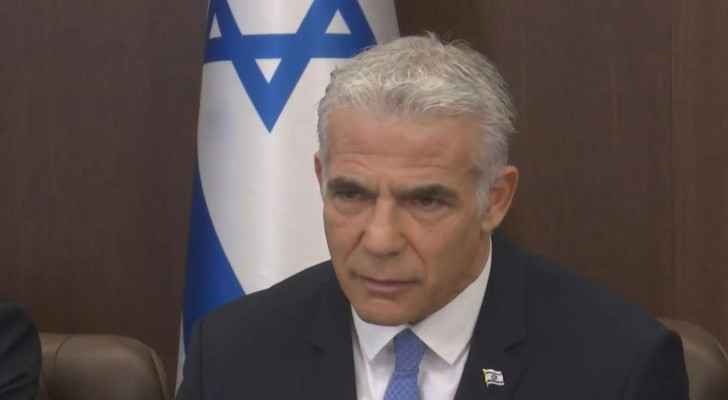 Sunday, Prime Minister Yair Lapid warned that "whoever harms Israeli citizens has nowhere to hide" during a weekly meeting of the Israeli Occupation cabinet.

This came after Israeli Occupation police arrested a suspect in a pre-dawn shooting that targeted a bus just outside Jerusalem's Old City that wounded eight people.

"There is one conclusion from this incident, as from previous incidents - whoever harms Israeli citizens has nowhere to hide. We will pursue them, find them wherever they are and deal with them to the fullest extent of the law," Lapid said.

He added, "I spoke with the mayor this morning and he is continuing to prepare the city for the holiday events. Jerusalem is vibrant and full of tourists and we will continue to keep it safe. While the Jerusalem District will be significantly reinforced as of tonight in order to prevent copycat attacks, I would like to emphasize that Jerusalem, the capital of Israel, is safe, strong and open to tourists and residents alike."

"On behalf of all of us, the entire Cabinet, I send our best wishes to the wounded for a speedy recovery; the entire State of Israel prays for their wellbeing and wishes them a complete recovery," the Prime Minister said.